The Completely Open Center is Defenseless 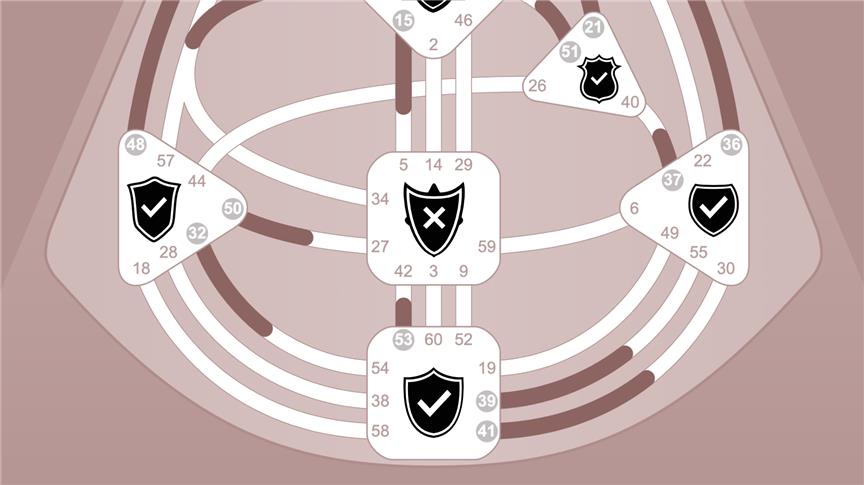 Again, and I'm speaking specifically in the context of what it is to be not-self, so many beings have at least one center in their design that is entirely open. It is very common. You see it all the time when you’re looking at people's charts. And to really grasp that if you're looking at that analytically, then that's a place where you can put your attention because that's the place where they are the most helpless in terms of trying to be themselves, trying to find that essence.

If you’ve got a hanging gate it is an aspect of who you are. To have absolutely nothing there leaves you deeply, deeply vulnerable to conditioning because you have no way of assessing the conditioning. For the not-self, they have no idea that this is going straight to the way in which their mind is operating and how easy it is for them to take that in.

So, these entirely open centers have to be seen at first because obviously I'm giving you the not-self negative aspect of this, and I will close with the other side of it. But it's really about seeing how vulnerable beings are to being taken over. It’s the thing I rail against.

My job is to empower unique potential. It's so obvious in the mechanics that every human being has the potential to live out a differentiated, unique and fulfilled process. And you don’t have to be a rocket scientist to get there. There’s a strategy and there is an authority. If you're fortunate enough that that's on your fractal and that's what you meet and if you take that into your life, you get to see that you can navigate on this plane.

The moment that you begin to navigate according to your Strategy and Authority you get to define your uniqueness. You get to eliminate all those other forces having authority over you. It doesn't mean, by the way, that those forces that want to have authority over you are always wrong, but it does mean that you cannot blindly accept that authority. We all have a right to operate according to what is correct for us.

Excerpt from Open Centers without Activations

"The dilemma of the mind is that even when the form is aligned to its correct path in life, the mind continues to chase the shadows, and believe that the stories found in the shadows are real."

The Heart Center: THE Not-Self