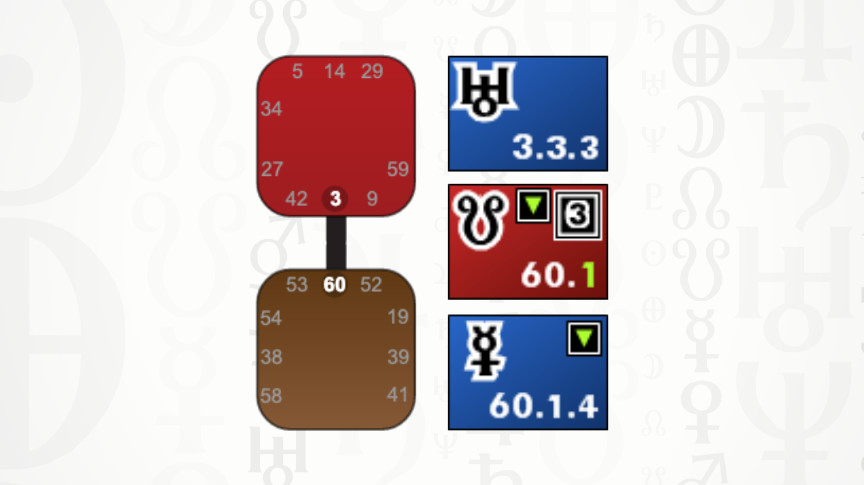 This year we have Mercury and the South Node in Gate 60.1 Acceptance, in detriment; and, Uranus in Gate 3.3 Survival. Children born this year, with this transit of the 3-60, are going to bring to life an aspect of mutation—one that is potentially characterized by human fertility/sterility, and restless, agitated energy. Note that the very survival of this mutative quality is in question, thanks to Gate 3.3 Survival. This is the trial and error, bonds made and broken, accidental-discovery, type of survival. Third lines are hit or miss, and there is much to be learned from both based in a quality of acceptance, regardless.

We know that human fertility is dropping already—birth rates are on the decline in most of the world, and the rate of decline continues to grow. We also know from Ra’s work, that one of the first phases of the mutation after 2027 will be changes in Gate 59 (the Gate of Sexuality). With that change, human fertility will drop even further, and eventually come to an end. At some point humanity will realize that infertility is a reality, that sterility is not just affecting a small part of the population, but extends across countries, ethnic groups, ages.

Global warming and climate change may mean that our planet won’t be a hospitable place, but there is a fundamental hubris in humans that believes we can outsmart our limitations. There is no chance of outsmarting sterility, when only relatively few humans can conceive. Already we are seeing new technology for external, mechanical wombs.

How will this mutation manifest? That remains to be seen. We aren’t going to see the sterility aspect of this mutation, until those born in 2019 reach their reproductive years; most likely in the middle of this century—right on time for the early stages of the mutation.

Where Do We Go From Here?

The work is to not get lost in this year’s conditioning. Watch for getting caught up in imagining or believing how life should, could, or would be better. Keep an eye out for mental pressure: anxiety, doubt, suspicion, fear, depression, repetitive internal stories.

‘Format Channels’ represent the most powerful Life Force in the BodyGraph. Discover how Gates 3 & 60 program all Individual Circuitry through the Channel of Mutation.
$97.00
DETAILS ADD TO CART