Variable: The Blueprint of Brain, Body, and Mind 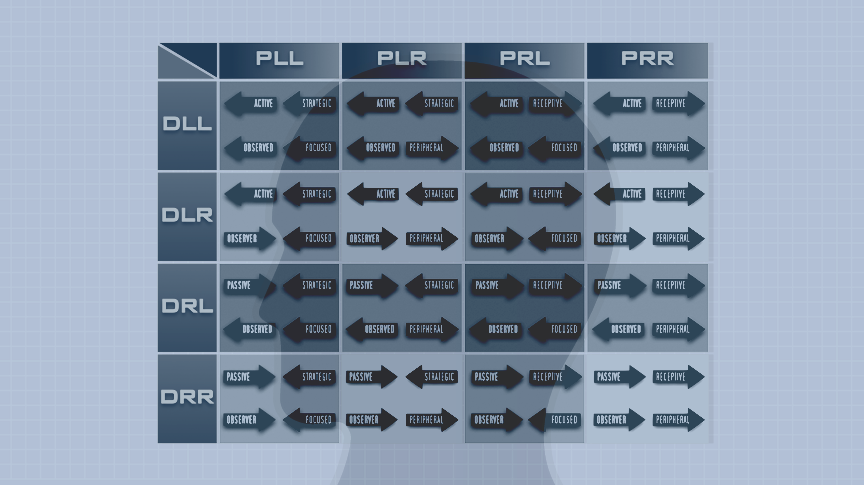 We all have times when we notice our mind is working well, and we also tend to be more familiar than we’d like with the times our mind doesn’t seem to work at all. In such moments we can find ourselves wondering why others can’t think about the world in the clear and structured way that works so well for us, or why we can’t remember things we’re sure we know.

In fact the cognitive architecture of the mind is significantly more sophisticated than we are likely to realize. This level of sophistication is what the knowledge of Variable reveals, articulating the unique blueprint of how one’s brain, body, and mind are designed to work. Through Variable one gets an intimate look at “the schematics” of one’s design on a deeper level than what is available in the BodyGraph, revealing both the particular strengths and inevitable limitations of a person’s design.

Many of us already tend to identify as being either left- or right-brained. What Variable makes clear is that we also exhibit similar qualities of “leftness” and “rightness” in our body, point of view, and thinking.

One’s Variable is determined by a series of four arrows representing the concepts of Leftness and Rightness, which derive not from the level of the Gate, Line, or even Color in one’s design, but rather from Tone.

Where one is Left in one’s Variable is where one is strategic, focused, and active by nature, in a continuation of our seven-centered past. Where one is Right is where one is receptive, peripheral, and passive, in alignment with the course of our evolutionary future. Because we are a transitional species, we are a blend of both Leftness and Rightness. It is this combination of the Left and the Right that determines our particular Variable.

The four arrows of Leftness and Rightness correspond to the four components that comprise one’s Variable, called Transformations. These Transformations consist of

Digestion, the proper dietary regimen for the optimal functioning of one’s brain system
Environment, the correct environment for the nurturance and protection of one’s body
Perspective, the unique view one is designed to see in that environment
Awareness, the particular way one’s mind has of focusing and articulating its individual knowing

Because each of the four Transformations has the possibility of being either Left or Right, a total of sixteen possible Variables exists.

A Counterbalance to Conditioning

Knowing where we are Left, or strategic, and where we are Right, or receptive, provides the possibility of beginning to surrender more deeply to the mechanics of our individual design. This knowledge, when coupled with Strategy and Authority, gives us a comprehensive set of tools for overcoming what in most cases are decades of conditioning and homogenization.

Because we are conditioned to be what we are not, it is not uncommon to discover that we are attempting to act strategically in an area where we are naturally designed to function receptively. This puts tremendous strain on our brain, body, and mind, causing dysfunction on many levels and divorcing us from our true potential.

For example, consider a student who has a Right brain. Because the predominant mode of operating in the world is strategic, or Left, they are going to be put under pressure to focus and study in ways that exert unnatural strain on their brain system. This may take the form of their taking detailed notes during class in order to look engaged, or attempting to drill content into their minds with flashcards to make sure they can recall the information. Unlike their Left or strategic peers, these students are actually at their best when they choose not to study or strain, but simply are present in class as content is covered. Because their brains receive and store everything they take in, they will find they have natural access to the information when it needs to be drawn out of them, such as when a question is posed on a test.

Without this knowledge of how their brains are designed to work, however, they are likely to experience anxiety, insecurity, or frustration as they try to function in a way they are not designed to. Over time this way of operating will not only increase the chances of their disliking school or developing a low sense of self esteem, but it will also have significantly negative effects on the health of their brain system.

A Deeper Level of Differentiation

Because we are a binary consciousness—a marriage of form and personality, each very different from the other—a further step is required to reach the full expression of our differentiation.

This step consists of aligning the mind to its natural intelligence, which currently lies obscured beneath layers of conditioning. Beginning to realize our full cognitive potential is the last step in the journey of transformation, one that is only possible once our bodies are operating correctly.

The Implications of Left vs. Right

To illustrate the implications of Leftness and Rightness, let’s examine how these qualities play out in the first Transformation of Digestion. Digestion determines the correct dietary regimen for the healthy functioning of the brain system, and indicates whether that brain system is strategic and active or receptive and passive.

There is great variation between the six different forms of Digestion a person can have. Three of the six correspond directly to the conditions of the food itself, such as those people who are designed to eat one thing at a time, or those whose brains are best nourished by eating food that is either above or below body temperature. The remaining three forms are focused on the conditions in which one takes in nutrition, such as in an environment where the volume of sound is either high or low, or in an environment that is either calm or stimulating in nature.

By contrast, someone with a Right brain receives information without filters, taking everything in deeply. This results in the Right being an incredible repository of information and experience, but, because there is no particular focus in place, one who is Right does not have the ability to access the information on one’s own.

As a result, someone with a Right brain is unaware of the tremendous depth inside them. This is someone who could read the same book or listen to the same lecture several times and still feel they haven’t retained its information.

For the Right to be able to access its depth requires that someone draw it out of them; in other words, it requires that someone bring them a focus. When this happens, someone who is Right is likely to surprise themselves with what they have to share, not knowing where it came from or that they knew it.

A Greater Alignment to Oneself

Knowing whether one is designed to operate strategically or receptively is a tremendous tool for enhancing self-awareness. Through beginning to embody the implications of this knowledge, one is capable of arriving at a deeper level of harmony with one’s mechanics than previously available.

What ensues is a greater sense of relaxation as we move increasingly in accordance with the uniqueness of both our body and its unique brain system, and ultimately our mind and its particular style of thinking. This alignment sets us on the path toward realizing our true cognitive potential to bring what is new and original into the world through our outer authority, for the benefit of all. 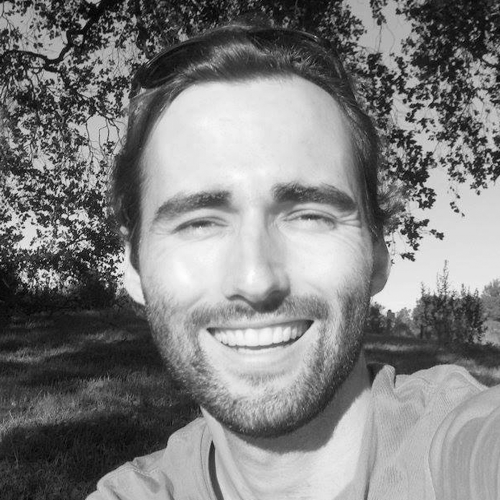 Tom Bonoma is a 3/5 Manifesting Generator with Sacral Authority. He began the experiment of embodying his design in 2012.

In many ways, environment sets you irreversibly on a new course of consciousness. It is one of the most beautiful things I have seen in all the years I’ve worked with this knowledge: the Design Nodes.

Perhaps one of the most insightful aspects about this knowledge is the ability to see exactly how the unique mind works, both as Not-Self and in terms of its potential as differentiated awareness.

Radical Transformation: Is It Correct For Me? Part 2 – Transforming the Personality Experience

This article continues this exploration with personality-related awareness benefits or aha moments, which have arisen through practice with these mechanical tools and observational skills...

What does being “Right” mean? Join Ra in a thorough exploration of Right Variable, and how it determines the 4 steps to transforming the Brain, Body, Perspective and Awareness.
$197.00
DETAILS ADD TO CART

The Left: The Traps of History

Strategic formulas are based on survival, fear, and the need to control — but this is changing as we are getting closer to the coming evolutionary change. Learn where we are going as a species.
$47.00
DETAILS ADD TO CART

The Right Stuff in a Left World

From The Left: Strategic Cognition

What does it mean to approach learning and thought processes Strategically? Join Ra for an in-depth understanding of the Left Mind, its relationship to focus, and the quadrants of the Variable grid.
$197.00
DETAILS ADD TO CART

From The Right: Receptive Cognition

What does it mean to approach learning and thought processes Receptively? Join Ra for an in-depth exploration of the Right Mind, its dependence on relationships, and the quadrants of the Variable grid.
$197.00
DETAILS ADD TO CART