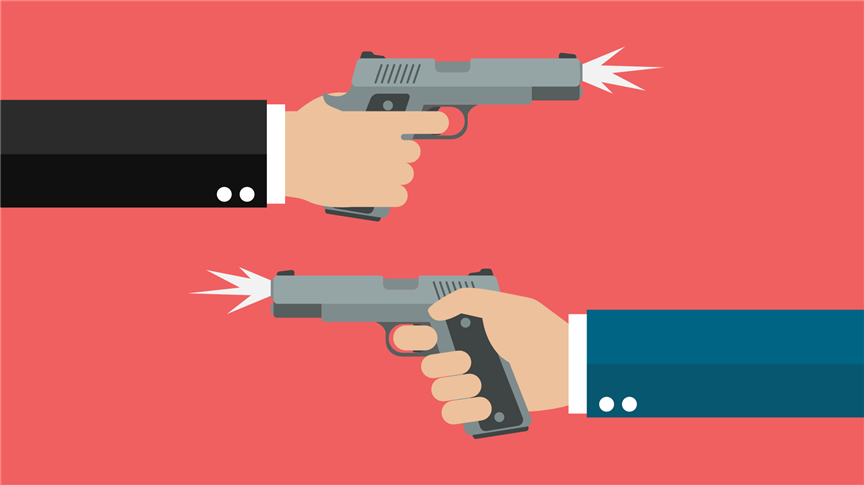 It’s an amazing thing about the nature of human violence. It was one of the things in my own studies that I’ve tried to look at and see and discover many themes in the mechanics. Violence is something that if you look, inherently in the individual Design you can see things that could catalyze violence—a Manifestor’s anger, a Generator’s frustration, the bitterness, the disappointment, whatever it is—you could see things that could catalyze it. There are a few Lines that carry that kind of quality, but it isn’t like it’s really the thing.

And yet, when you look at our history, we’re killer monkeys. When you look at our history, we are horrendous butchers. We’ve killed everything. We’ve killed every animal, we’ve killed ourselves. Now, you don’t see that in individual Design. But oh boy, do you see that in the Wa, because the Wa is very capable of saying, “It is time to go to war. It is time to stand up and fight for our bloodline, for our gene pool, for our future.” And the normal individual being who doesn’t necessarily have that in them, can get very easily carried along.

The Wa Gives a Sense of Family

It’s like the stories that we hear from the Second World War. It’s so easy to think that you could blame individuals for what a Wa mechanism does. The most innocent bystander can get totally wrapped up in such a thing, because that is the power of Wa. We don’t train our military one at a time. We train them in packs, in Wa’s. We train them in mechanisms so that they can be controlled at every level, and like it, because the Wa automatically gives you a sense of family, automatically gives you a sense of belonging, automatically integrates you with others, connects you on the mental plane with others.

It’s so easy to think that you’re with your allies, with your family. It’s so easy to believe that you must protect them with your life. Any parent will die for a child. It’s inherent in the way in which it operates. You go into the Wa and people are willing to sacrifice themselves for an idea, to die for an idea, to kill for an idea, because it is supported in that mechanism and in that mechanism you are not you, any more you are truly yourself when you’re in a Penta. You’re not really you. It’s something that is happening.

The Wa Dumbs You Down

It goes on all the time. Think about school because that’s really my favorite. You sit in an environment that is a Wa environment. Unfortunately, the thing about the Wa is that basically it dumbs you down. What I mean by that is you’re being pulled in very regimented ways in terms of the way in which you’re going to experience. So, your individuality, your uniqueness is not what the Wa wants.

While it’s homogenizing us, it’s telling us how good it is for us. The classic example is the Japanese manufacturing company in the 1970s when they were exploding on the world. And everybody was fascinated by how they were doing things. And you would look at them, they were the most ‘Wa perfect’ factory workers I have ever seen. Their place of work was their family. Going home was not going home to their family. Their family was their work. This is where they lived their lives. This is where they gave their everything. And they gave their everything for the work. This is Wa. They were all regimented, controlled and they liked it, because this is what Wa does to you; this is your family.

Think about these kids that get dragged into gangs. They’re just kids. They’re not bad people, none of that stuff. They get into this Wa gang, and the Wa gang says, “We have to drive down the street and shoot people before you even get into the gang.”

And this nice kid in that Wa wants that family because that’s what it feels like. It feels like they can have a place in this unit, that there is a future for them. That they’re going to be looked after. That there is a family there for them. You ask any of these kids, long-time gang members, they’ll tell you that this is my family. And they have typical family hierarchies. It’s what the Wa does. This is the thing to understand about this mechanism.