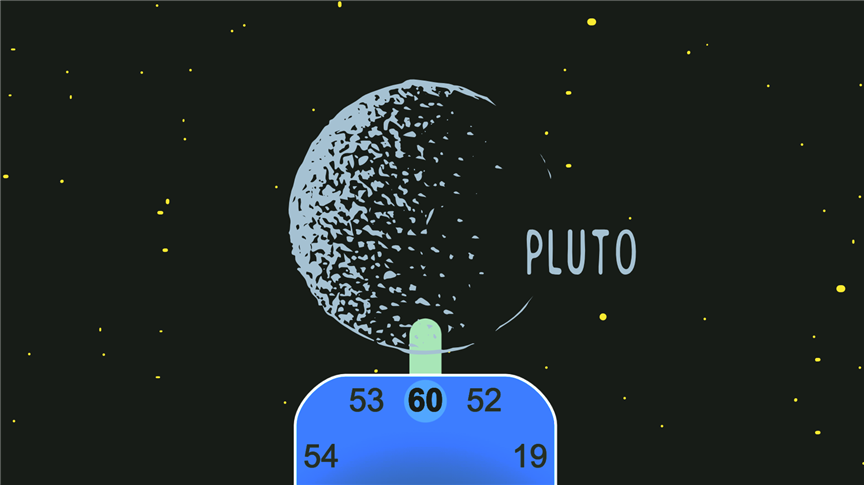 A selection of quotes from Peter Schoeber’s Transit Forecast for Q2 2022 on the influence Pluto in Gate 60 will have on us collectively:

“So we start as always, with the transits that do not change during the quarter, meaning that the according planet is in one Gate only, and not going out or coming back. And here we have surprise, surprise, Pluto in the second quarter in Gate 60. So the ruler of the cycle remains where it has been more or less the whole first quarter. We really have got a first impression of what the Plutonian quality is. It is absolute, there is no escape. It is like a storm, a storm of iron. And I'm not just metaphorizing a war, I'm really trying to get in touch or to express that energy. Nothing can withstand that quality. It is the absolute, and it is the absolute transformation.”

“And then we have, of course, our Gate 60, the limitation. Which happens to be a root gate and root gates they do pressurize, but not all the time. In that case, not because of the root, but because of the circuit we are in, we are in the knowing circuit that works in pulses. So this is a limitation creating the pressure, sometimes very strongly and sometimes you may not even feel it.”

“And the limitations, there are many limitations, that is not just one thing the media is occupied right now with. There are a lot of limitations. In the first case, of course, we have the limitation that comes from the decreasing economy. It's not so obvious yet, because there are a lot of programs and a lot of talking, but it seems to be very obvious that if you cut the world into parts, a world that is so strongly entangled where everything and everybody is somehow connected to the other one.”

“Well, we have some ideas, but that is not the important part. If it's less freedom or less money, it's not the same. But what it can lead to and in many cases will lead to is the same; depression. That is, this gate 60 is the most depressive Gate. And if you look back at the 20s of the 20th century, you had the great depression indicating a great economic depression. And economic depression always also creates let's say the physical depression, the biological depression, of course. It is less energy, it is just less of energy.

What you also have is that so-called long COVID. I mean, there is no question that long COVID exists. I mean, not to the degree as they may tell us, but it does exist. What does it mean? You have a lot of people with very little energy and very little, how shall I say, spirit. They are becoming more like vegetables. Whatever you have to do is very tiring and a great effort and you barely can manage your normal life. This is also Pluto in 60. That is definitely a limitation that is already depressive by its nature, or at least very easily can lead you there.”

Prepare for the next 3 months, and beyond, by purchasing the complete 3-hour forecast: Transit Forecast Q2 2022