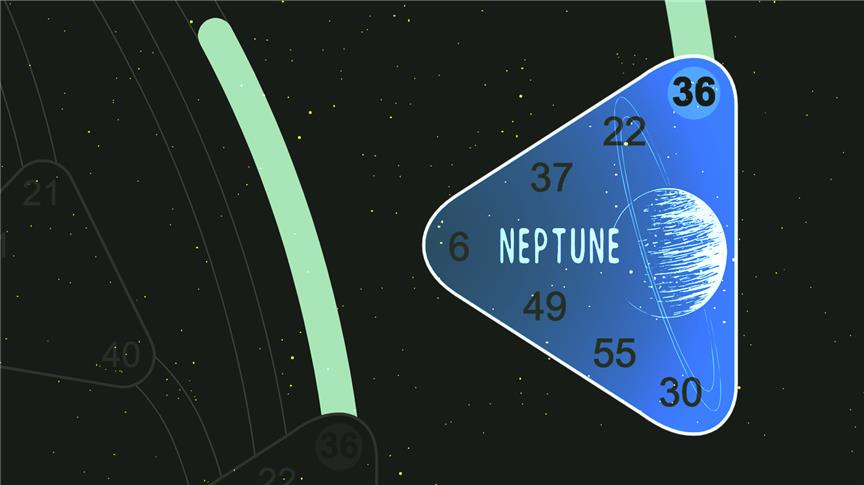 If one has, for a long time, the Channel of Transitoriness, there will be some transitoriness, things will find its end and new things may start. And one also has to say, talking about the more, let's say, attractive part of that transit, that is that the whole Sensing Stream has a lot to do, of course, with sex. And 36 means new experiences and the emotional crisis that could come with that. So it really, also, could pep up your sex life if you, well, you and your partner are, let's say, courageous enough to try something new you may have been wanting for a long time, but you did not dare to.

And that crisis, that emotional crisis quality of the Gate would, in both cases I have described so far, make it possible that things are looking very different from what they really are. So small stuff, really small stuff could at least, for the moment, and the moment can be two hours, three hours, five days, can create a huge emotional crisis, making it practically impossible to recognize what it's really about. And it can go in both directions: Something important is not seen as being important, but the more likely variation is that a small thing can create a huge wave, giving you the immediate impression that it's really a catastrophe. And then the mind sets in and tells you all the terrible things that could come out of that. And if you then start to act on that, then you are in a very bad situation to formulate it correctly.

If one has a defined Solar Plexus, but no 35, okay, it is not manifesting, but the emotional crisis part is pretty much the same. We have to understand, we are always talking, when we talk about the Solar Plexus, about the possible nervousness, and mostly that is interpreted as, "As long as you do experience the nervousness, it is not the time to make a decision." That's true. But there is also an emotional nervousness possible that is not even necessarily related to some kind of decision.

But to get emotional nervousness in the 36, it can become so huge. I mean, the Sensing Stream is also connected with the fantasy, with the imagination. The mind starts to imagine, "What could go wrong?" "What could be the reason?" "What has happened," dah-dah-dah. You can really, really, really have a very bad time until, I don't know, that it turns out your friend or your partner has run out of the battery, the phone didn't work, they were in a huge traffic jam, just very, very normal everyday stuff. And there it needs, again, I would not say a cool mind but a cool awareness. Yeah? To stay grounded, let's say, and not allow mind to run the show.