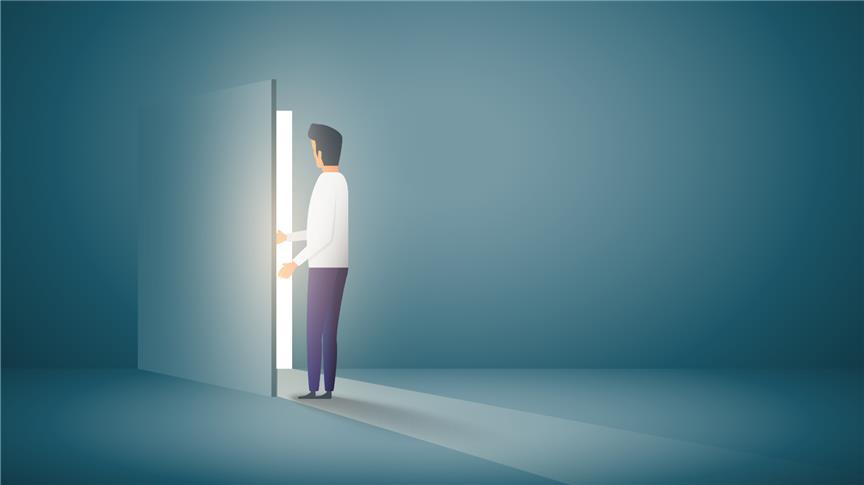 Over the last couple of years I've been offering Rave History courses, and obviously this one being the third one, it’s also the last one. This is actually the last class in this whole series for me, and it leads me to a place that I don't often dwell on. I guess the numbers in the room sort of make it appropriate, because I normally don't deal with my own mysticism or my own mystical background. But, I can’t avoid it here in closing this all out.

My name, Uru Hu, was the title I was given in my experience. Uru roughly translates as civilization or civilization maker. It’s really hard to come up with a true equivalent, but it is basically a kind of building construct. And Hu is a closer — Uru Hu is a civilization closer. That is my title, which is kind of cute, I guess, it all depends on how you look at that.

For the seven-centered being, it’s the end of the story. It really is a time in which the door is closing. It is appropriate that at this point in this closing segment of the cycle that truth is not a luxury. We have been in this 1st line era with its very powerful 61.1 background theme since 1961. Truth is not a luxury, it is a right, and nothing less than truth can be accepted in this time, no half-truths. The 61.1 background witness-secret theme is something that will disappear in 2027 very quickly, just like that. A new background frequency replaces it.

I've been trying over the years to provide a non-hysterical glimpse into what the closing of the door leads to because no door stays closed. One door closes, another opens. And certainly we’re going to open into a very different age; an age that in essence, the vast majority of humanity is simply not prepared for. They’re not prepared for it because they have been inculcated in the whole background frequency of the Cross of Planning since the beginning of the 17th century. Hundreds and hundreds of years of this kind of approach to existence, this civilization building process that goes deep into our history, deep, deep into our history as the driving force of the seven-centered being.

It isn't what our purpose is about. I think one of the dilemmas of the nine-centered being is that the nine-centered being is so deeply attached to the seven-centered world. The homogenized world reflects the seven-centered mores, philosophies, religions. When you think about Human Design, Human Design is what they were all looking for—Solomon looking for his key, Buddha trying to figure out and conquer the wheel, the program. It’s always been there.

For the seven-centered being, it was not something they were going to get because their end was going to come. I think more than anything else the age that we’re living in, the time that we’re living in, is one of these momentous moments where only in hindsight later could you see that there was a line in the sand that had been drawn, that had been crossed. How important the understanding of these larger mechanical forces is and that we cannot in any way fight against. You can't, the door is closing, and humanity at this point is going to be devastated because they’re living a seven-centered life. They do not have the fertility and energy for a nine-centered process.

Why do you think the whole world isn’t jumping on their Strategy and Authority? It’s because they can't see it or hear it. And it's not because it's not out there, but it's not what they're seeing and hearing. Not-self purpose, the larger forces that are at work, all of this is unavoidable—it’s the closing of the door. Something else is coming, which means that something is leaving. And yet, there I was at the same time carrying inside of me all of these fundamental formulas that make it so easy, in a sense, to be able to deal with the nature of being, to deal with the world around us, to deal with the circumstances of life. You have to have a very dark sense of humor to get a laugh out of that. No matter how popular Human Design becomes, and it’s very popular, at a mass level it’s not going to be able to do anything. It just isn’t.

The door is closing and it's closing fast. Things are just drifting away from us, the infrastructure of our lives, the way our lives have been connected, our communities have been built, the way our civilization has been structured—all of those things are slowly going to begin to unravel.

But there is no future in collective saving. That future is long past, it's gone. The difference is that as a nine-centered being, saving is self-saving. You save yourself, and you save yourself not by your wits and your brawn, which is a seven-centered movie. But you save yourself through being aware and through wisdom. This is a very different thing.

To understand our time, to understand the background frequency, to understand the age that we live in, is to understand that this is no longer the way. Collective control mechanisms at this point in our development leads to nothing but deprivation and violence. Human beings that are unaware are stuck in a past methodology that is all around them, that they cannot separate themselves from.

Rave History explores a short period of our evolution. Explore the final marker in the Cross of Planning that will bring the past 400 years to a close.
$147.00
DETAILS ADD TO CART

Rave History 2: The Dictate of the Dark Eden

How do global cycles affect humanity? Discover each of the Lock and Key Gates of the Mandala, and how they explain the conditioning patterns that govern 400-year cycles.
$97.00 $147.00
DETAILS ADD TO CART

The changes we see taking place in the world can be attributed to the closing of a global cycle and the beginning of a new one. What does this mean for us?
$27.00 $37.00
DETAILS ADD TO CART