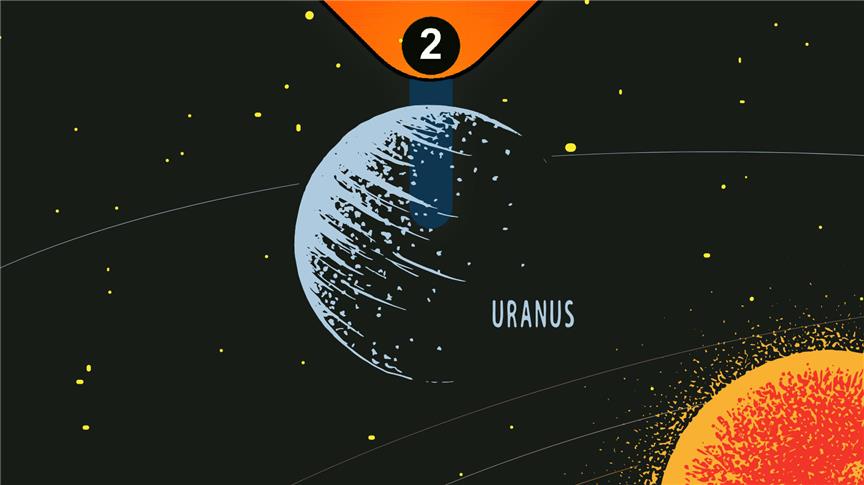 Then we have Uranus. Uranus of course, is our game changer. It's the counterpart to Neptune. While Neptune is dissolving in almost an invisible way, Uranus brings the new, very obvious like a thunder strike. Sudden, surprising, and very strong, it can change situations in a second.

Now, this very revolutionary, rebellious, at least very unconventional planet is in a very subtle Gate. Gate 2 really is the foundation of all directions. For me, it is the deepest Gate we have in the Rave I'Ching because it is literally the source of all response.

It comes from the receptivity. Receptivity is not to be understood as a psychological quality. The best metaphor is and remains the biological one. You have a receptor for light; therefore, you can orient yourself through light. You have a receptor for acoustic waves; therefore, you can orientate yourself through acoustical waves. On the biological level, that's a very clear and simple concept.

Now, if you are talking about the human BodyGraph showing us the surface of how it functions, then of course you could say it is a kind of sensitivity for very specific input. As this is a mutative Gate, this is about different kinds of sensitivity, not everybody being sensitive for the same stuff. If there is an input for the good or the bad that is touching, penetrating the majority of the population, then it can lead to a very fast change of direction. That’s important to understand.

NEW | Peter Schoeber’s Quarterly Transit Forecast offers a 3-month look at the planetary forces at work, their conditioning influence, and how to be prepared for their impact on our lives and the world.
$37.00
DETAILS ADD TO CART

NEW | Peter Schoeber’s Quarterly Transit Forecast yearly package offers a 12-month look at the planetary forces at work, their conditioning influence, and how to be prepared for their impact on our lives and the world.
$127.00 $148.00
DETAILS ADD TO CART