Eusociality: The Common Link between Human and Insect

One of the most heretical statements that I heard come out of Ra Uru Hu in his later years was when he said that “the family is not human”. It struck me like something I had absolute certainty about, as it did so many other times when I heard him express the essence of some mechanical truth. And this is a wonderful place to start any introduction about ‘Pentha’ and group dynamics, because this is the only healthy way to understand the distortion of what happens through group dynamics in the average day of the family life, where everybody’s role is conditioned in its expression by the permanent demand to submit to a pre-established set of rules that is not truly representative of any of its members. .

Despite it being many years ago since books stopped being my source of wisdom, I can still recognize an intellectual jewel when I meet it. The Social Conquest of Earth is a publication by Edward O. Wilson, in which he offers a full explanation of his latest thinking on evolution. In essence, he states that there are only two ‘eusocial’ species in evolution who managed to cover the entire planet, and that is insects and humans. It immediately reminded me, of course, of the lecture given by Ra on the design of insects, where he clearly reveals that, amongst all existing bio-forms, it is the design of being human and being insect that are functionally most alike to each other. I guess we could call it the Alpha and Omega of homogenized consciousness.

The program relies on its capacity to develop bio-forms that are sophisticated enough to be capable of hosting a personality consciousness that is receptive to the trans-personal as a way to survive. Every insect experiences their ‘I am’ as an expression of their collective archetype in the larger flow of life. In humans, the weight of this ‘altruistic’ conditioner is something we all learn to take on us, one way or another, throughout the first seven years of our childhood experience. No choice, said the ‘Voice’.

If you follow the evolutionary logic of this, it makes it easy to recognize that the way the Pentha group dynamics have always conditioned the orientation of the awareness of every member of every family that has ever existed is and has always been unidirectional (insect like). Not only that, but this unidirectional focus has always been and remains the same; money, honey.

Out of the two trans-auric entities that exist, the power of Pentha to condition each individual G-Centre is far deeper and compact than that of the WA, meaning that its impact is going to penetrate deeper than the simple distortion of the personality’s awareness and is going to reach the neural development of the very brain system itself, where, through osmosis, our brains learn and develop our primary habits in the first seven years of life. In this context, a habit is a biochemical pattern in the way the brain is going to fire through certain neural pathways established in this early stage. 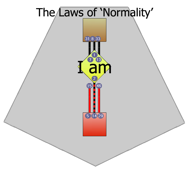 The Pentha is a trans-auric form that is not human. Its Alignment operates exclusively through the impact on Design Crystals and their connection to monopoles and the themes of ‘determination’ and ‘environment’ in establishing the direction of the single life. The same Channel of the Beat (2/14) that could empower the uniqueness of the individual being locks its consciousness into the unidirectional pull of the form principle and the genetic imperative to reproduce. As a result, we get human personalities that are always being distorted by a materialism that is not only malefic to the crumbling ‘civilized’ World that we live in, but its worst impact is on the individual spirit, because it leads to an unhealthy sense of separation and isolation within their own ‘mental body’.

This is something that only strengthens the false determination with which the not-self mind tries to compensate for the building up of anger, frustration, bitterness and disappointment, as a result of meeting constant resistance and being conditioned to fit in with its role as the family needs and demands it from anyone. Now, this is not the worst part. 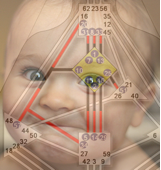 Well, the worst part is that there is no way out of it. I know it is hard to digest, but what to do. The ignorance of our parents alone, no matter how deep it went, would have never been enough to overwhelm theirlove for us. It is the distortive impact of Pentha that ‘captures’ everybody’s consciousness into their most primary fears of being overwhelmed by the deep chaos and dysfunctions  of the world that we are all born into and through our family life learn to feel connected to and be a part of. You could also call it learning to display a ‘civilized’ behaviour in a world perceived with an increasing sense of dysfunction as we grow older and accumulate experience.

Layer after layer, the deep dysfunctions that ‘civilization’ has been carrying along since its beginnings as a projected shadow (the misery of being born on the planet of suffering), permeates through and displays the violence of its conflicts - as a reproduction of those social dysfunctions - within the family scenarios, because it conditions the family to try to cope with and keep up with the inherent ‘competitiveness’ of a forever changing material world. 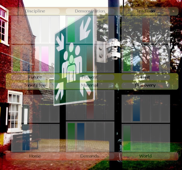 The good news is that family members can be educated to recognize it and learn to deal with it for what it is; just a distorted perception in which human beings have forever been conditioned to surrender their authority to some ‘higher’ force, whether that ‘higher’ simply meant more muscle strength or more sophistication in their argumentative capacity, or whether it was simply being imposed in the name of the father, the son or the holy ghost, the final authority was always carried out by some external force with which one better be at good stakes… or else. Early childhood conditioning is a very powerful thing.

Waking up through the pain of separation is the Karma of the Not-Self, but the Sleeping Phoenix always returns to the natural Abundance of a half-full half-empty spirited Vessel.

Born on the Cross of Consciousness, with definition everywhere between the Head and Ajna centers (except for Gate 24) I truly am someone who’s life has been transformed as I changed my attitude towards questions.

A Human Design Guide to Parenting

Human Design offers parents a different way to support children according to their uniqueness. Discover simple techniques to nurture your child based on their Design.
$47.00
DETAILS ADD TO CART

The Power Column: From the G to the Throat

Explore the power and themes of verbally expressing identity. Learn why these themes are a “projected phenomenon”. Discover how to live your life’s process from an identity that is recognized.
$19.00
DETAILS ADD TO CART