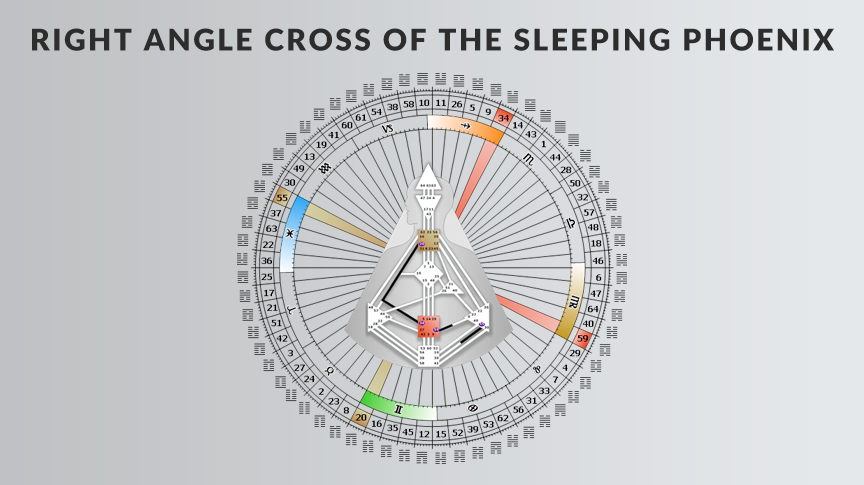 Waking up through the pain of separation is the Karma of the Not-Self, but the Sleeping Phoenix always returns to the natural Abundance of a half-full half-empty spirited Vessel. There is only breathing and not knowing. What to do. Hold on to your key and let go into the only fire that is truly holy; your own Breath. 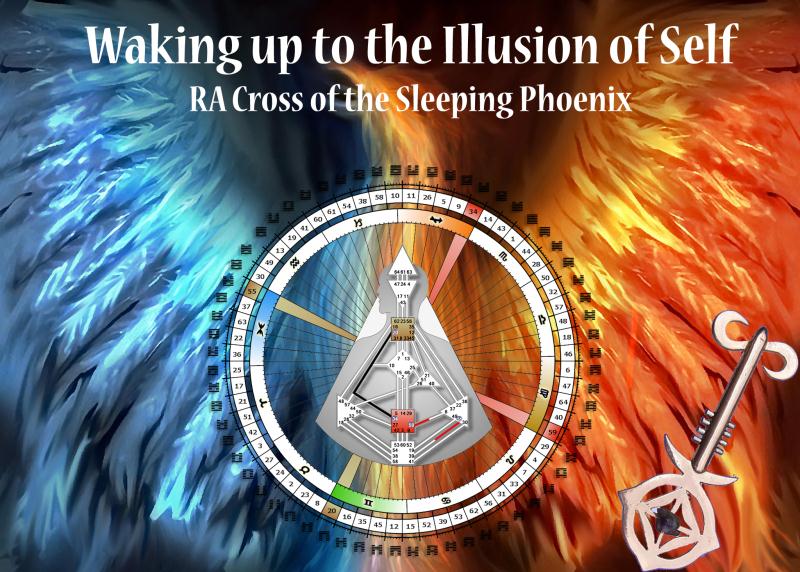 Oh, the RA Cross of the sleeping Phoenix is and has been the mutative engine of so many different things in the emergence of our humanness. I mean, is a Monk a spiritual Monkey? And is recognizing the Monkey inside the key of the Monk?

It does not really matter what the answer is, it invariably bounces you back to the question of HU is asking?

Are ‘you’ asking the question, or are ‘you’ the one ‘receiving’ it? Are you the one that has the answer, or is the answer simply delivered to you by the same means?

See, we are self-reflected consciousness, HU consciousness if you allow the licence, and we can’t even blame the genetic imperative because it has been forever simply ‘getting in the way’ of our capacity to realize that there is no real difference between the dreamer and the dream.

The only difference, if you are interested in any, is between the dreams of the body and the dreams of the personality. The funny thing is that even though they have never been and will never be the ‘same thing’, they are truly never that far away apart. It is the magic of surrender in wonder that opens the self-reflective potential up to its transcendent and magnificent beauty.

Since the evolution of consciousness operating through form demanded differences to be recognized, why not solve that need by simply imposing a basic difference that could never be denied? Obviously, I am talking about gender difference, and the emotional imperatives of sex and reproduction, which is the human capacity to build something with your live in the service of something that is larger than you. Call it Love, call it God, call it Spirit, we have called it so many names. Last one I like is ‘eusociality’. Probably no other term went through so many metamorphosis than the definition of what it means to be ‘HU-man’.

It is here in the 34.1 that we find the foundation for the survival spirit of the ‘Bully’ that has been driving the killer monkey to realize peace is the ultimate romantic dream. It is here in the 34.6 that the raw power of the YANG has to burn itself down to ashes and reach the point of annihilation, for the true ‘Spirit’ of Abundance to emerge out of the form of Emotion. The YANG is both destructive and impregnating in its display of power. Death and Orgasm both point to another dimension. Only the power of Emotion recognizes and fixes the remembrance of the ‘before and after’ in both.

Back to the Monk and the Monkey, we had to wait until 1781 and after, for so many like Freud to bring us the direction of the emotional Key. The spirit of romantic love is the game of co-dependency played in the service of the genetic imperative to reproduce… in the name of what keys the Monk to the Monkey. Not in vane is this also the place where both pleasure and pain can reach their climax and break the wave back into full and empty.

Breathing in is food for thought, and yet again, HU asks: “Now, what is so romantic about genetic Love?” But, what else is there if there is anything? Well, there is HU am I, which is neither a question nor an answer, but a simple reaction to the fact that there is no true division to the in and out.

And then came the Rave…

Born on the Cross of Consciousness, with definition everywhere between the Head and Ajna centers (except for Gate 24) I truly am someone who’s life has been transformed as I changed my attitude towards questions.

Join Ra in taking a multi-faceted look at the mutations we are currently experiencing. Understand the four stages of mutation of the Solar Plexus Center and how they will eliminate the emotional wave.
$37.00
DETAILS ADD TO CART