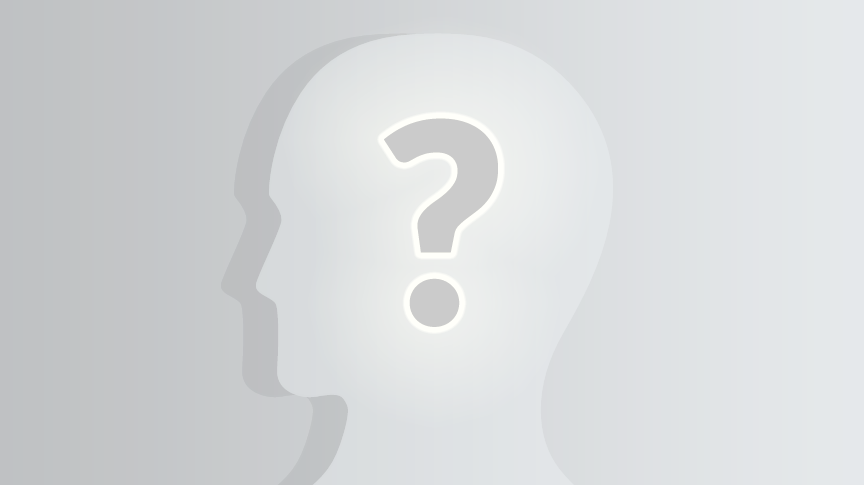 Now that we are leaving behind the part of the yearly solar program heavily loaded with uncertainty (namely the whole realm of Mitra’s face gates - 37, 63, 22 and 36), the flow is bringing inspiration to express something which has been popping back and forth in my mind during this whole period. How exceedingly important it is to be aware of the power of questions.

Consciousness does not have to lead to awareness. It is even fortunate that there are two very distinct terms in English language to describe what are two completely different mechanisms, in the way they participate in fueling the cognitive processes of the human mind. In most of the other European languages, there seems to be only one single term for both, which speaks mountains for the lack of awareness in conscious human beings. 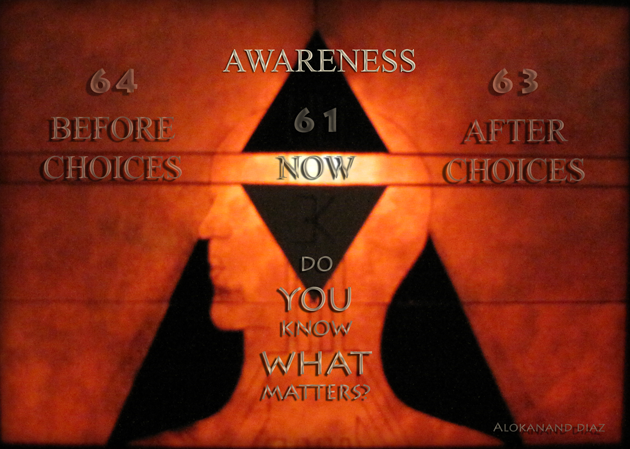 Born on the Cross of Consciousness, and having definition everywhere between the Head and Ajna centers (except for gate 24) I truly am someone who’s life has been transformed as I changed my attitude towards questions in general and my own questions in particular.

Not that I am now the most open person mentally, as I never truly was, since even as not-self my mental definitions demanded that there is consistency in the answers at least. I am so glad now that I never found it. When I met Human Design my consciousness was completely distorted, with its focus of attention totally displaced, because I was so anxiously driven to find conclusive answers that would allow me to relax and rid myself of the itching pressure that drove what seemed to be ‘my’ questions. Little did I know then, that the orientation of those questions had very little to do if anything, with who I really am as a being.

Now, not everybody is designed to get it mentally as hard as me, but that is perhaps also why that particular point seems to be so difficult to get for so many that have been experimenting with their designs for very long. When it comes to consciousness, questions are everything, and that is why one of the first lines Ra gave me when he did my first reading was: “You’ve got to love your questions…” 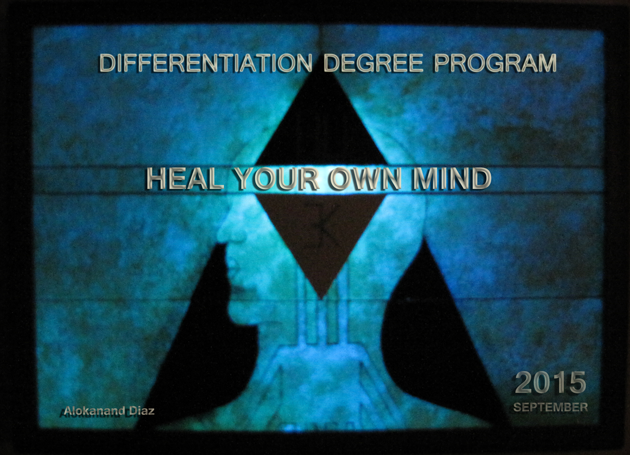 Those were times when Type and mental dilemma were still years away, and despite the fact that very early I have lost the recording of that first reading, that sentence never left me, as never did many other keys that he gave me, of course. But this one actually carried forward my whole process of transformation on a mental level, as a teacher of Human Design as much as in my own personal life.

My point here is that if you are not mentally focused on what specifically matters to you, then every question that drives your mind is an attempt to enter into the body in order to effectively control what is happening on its outside, in the world of form. Pure Not-Self, I should say, what to do. It is what it is and it works the way it does.

You see, we always say that Human Design is for correct decision making, and it obviously is, but that is truly only a shaman’s way of seducing the Not-Self into something much greater than anybody could ever imagine, at least not before entering the process of ignoring the mind when any decision needs to be made. Excuse me, did I say ignoring the mind? 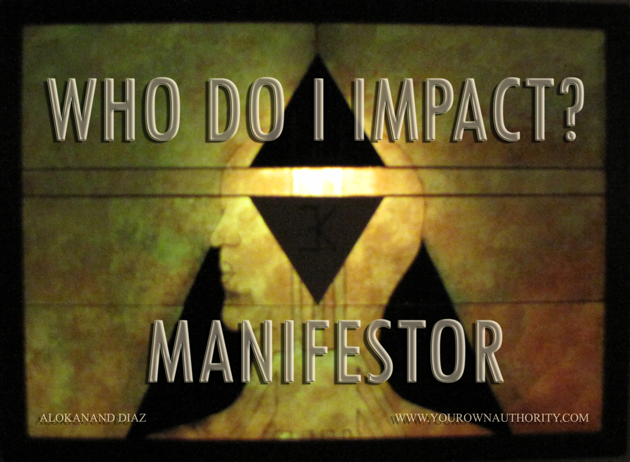 Well, the mind is an insistent thing, isn’t it? No need to answer me for how long you can manage to ‘put it off’, because I know that there is no such button that one can push in any of us; talk about the mind’s ‘free’ will. There is simply no way that you can ignore your mind as a basic attitude to live your daily life and continue to seem human, ha.

So, what do we do with the mind? We retrain it; we trick it, we recognize its concerns, we keep it entertained, and we let it heal. Yes, we let it heal. And how do we do it? Well, we give it a simple key that is called ‘mental dilemma’. And therein lies the shaman’s pill. 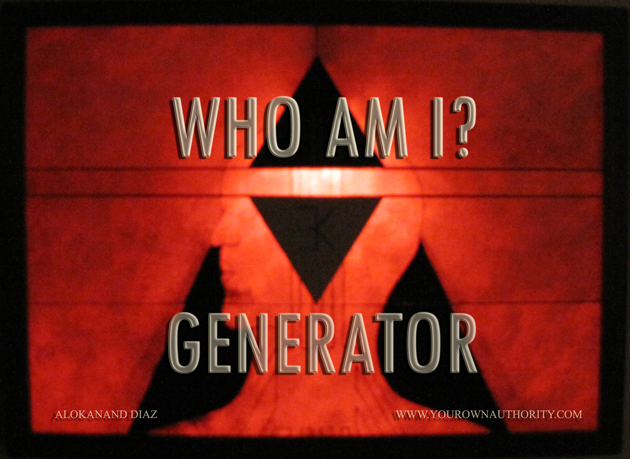 Each of the four types carries an inherent mental dilemma that has the purpose of focusing the consciousness of the being in a way in which it can be empowered in its individual potential for differentiated awareness. Read this last paragraph again, because it is quite something to grasp.

No matter how much you are following your strategy and authority when you make a decision, if you don’t keep your mind aligned with your form during your process, then you simply won’t be able to enjoy your signature for very long. 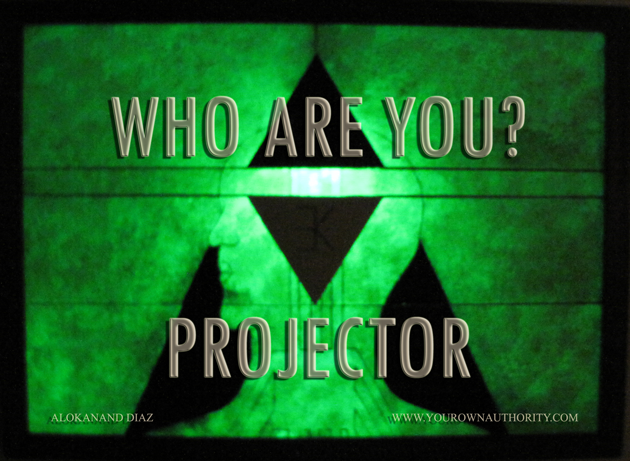 Unlike what I said earlier about everybody’s mind trying to control the life, the mind is not designed to enter into the body, and any attempt on its side to do so can only trigger anxiety. Something I have often said is that human beings do not know how to think. They simply worry, and mostly about what does not matter.

Each of those four mental dilemmas is actually specifically designed to keep the mental awareness outside of the body, in the realm of the passenger consciousness, where it belongs. Because these are not questions that direct the mental awareness towards the mundane, but rather towards the existential. They do not focus the mind on the ‘before and after’, but rather on the beyond, where what you think does not only not distract you from what you see, but is actually inspired by it. 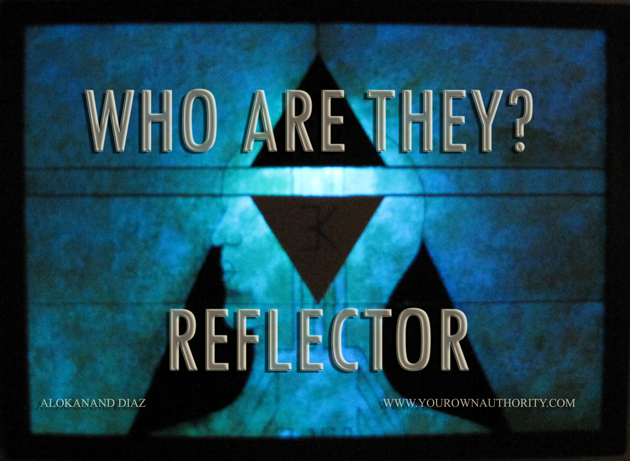 If you simply try to unburden your mind from the responsibilities of having to make decisions about the mundane by waiting for an invitation, or for some sacral sounds, most likely it won’t take very long until it freaks out in panic. But the moment you remember your mental dilemma, your empowered awareness will free you from that anxiety. Now, the shaman is not there to bring you the pill before you get out of bed every morning, but since you’ve got to live with your mind for the rest of your lives, you might as well learn to enjoy having one.

As you practice with focusing your daily attention on your mental dilemma, you will find that it makes following your Strategy a whole lot easier. But the best part of it is that it inspires totally new trains of thought  when it comes to defining your awareness of self. This process is like giving birth to a ‘new’ self in you. Its self-expression will be the voice of a differentiated outer authority, no matter who you speak to and what you speak about.

Waking up through the pain of separation is the Karma of the Not-Self, but the Sleeping Phoenix always returns to the natural Abundance of a half-full half-empty spirited Vessel.

The Mind: From Confusion to Tales

Explore the abstract mental stream of awareness from the Head & Ajna to the Throat. Do you feel under pressure to make sense of the past? Learn the value of this process and how it leads to ideas, beliefs, and storytelling.
$19.00
DETAILS ADD TO CART

The Madness of the 'Normal' Mind

Are you feeling overwhelmed in your openness? Learn how your Authority can help you navigate through life. Recognize the forces of the conditioning field and the Moon’s impact.
$19.00
DETAILS ADD TO CART

The Mind: From Doubt to Detail

What makes up a logical mind? Human Design reveals the mechanics of the logical mental process through the Stream of Awareness in the BodyGraph.
$19.00
DETAILS ADD TO CART

The Mind: From not Knowing to Knowing