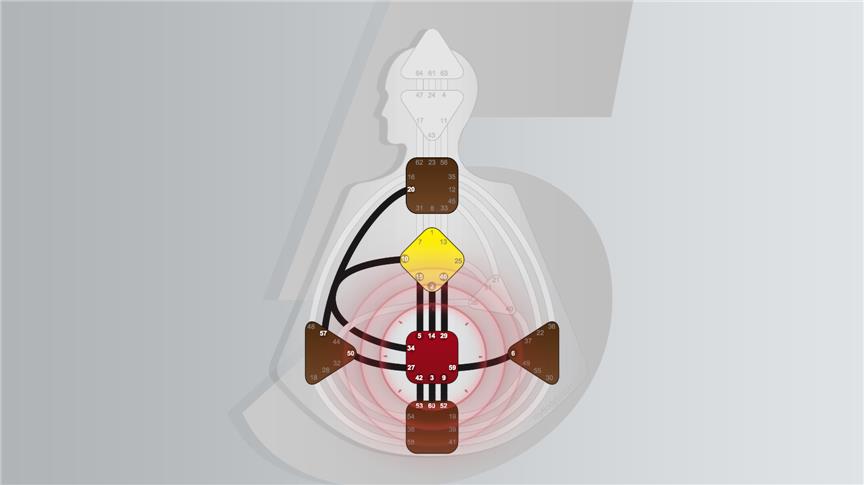 Whether it’s in Facebook groups, or on websites, there’s plenty of talk about Generators and the Sacral Center all over the place in Human Design. Some of the comments you hear may be helpful, such as, Generators need to be asked. Other times, you may hear misinformation, myths that masquerade as fact.

1. Manifesting Generators are a different Type than Generators

One of the big rumors running around the HD world is that Manifesting Generators are a 5th Type – this is a myth. 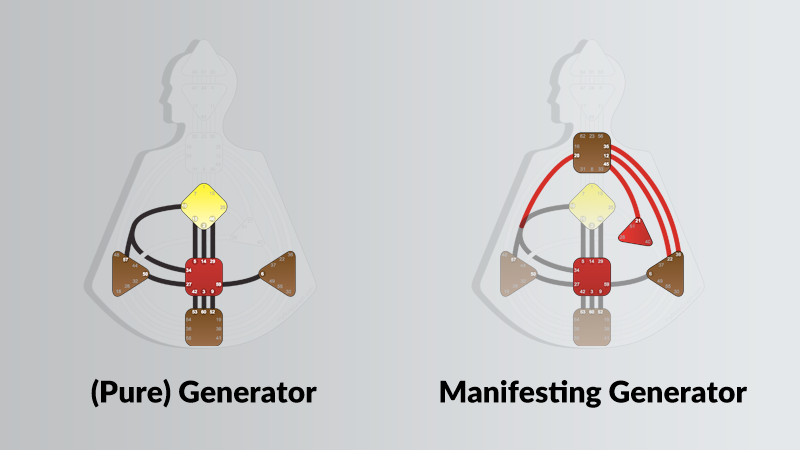 2. Not all Generators make Sacral sounds

The Generator aura is open! It is taking life in moment by moment—there's no way for a Generator to keep life out. There is a potential response to everything: the sound of a bird, the feel of a pillow, the smell of a flower, the light through the window. It's all taking place, often without notice, which is why the sacral sounds are such a gift; we learn to pay attention to the responses of the form itself.

The sounds of the Sacral Center are mechanical. They are produced in the body through resonance between the thoracic diaphragm, located just below the lungs, and the pelvic diaphragm at the base of the pelvic bowl. The sound vibrates between these two diaphragms like a drum. Thanks to human anatomy, all Generators have the capacity to make sacral sounds that are generated by the Sacral Center. The dilemma for most of us is that we were taught at an early age to use words to communicate, and these muscles have atrophied. Like priming a pump, it takes exercise to get these muscles moving freely.

After I had my reading with Ra, I was fortunate to have a Generator friend I could practice and exercise sacral sounds with. We started having what my friend called “Sacral Sessions.” These were times when we would ask each other random yes and no questions and often explode in giggles and laughter: Do you like ice cream? Do you like pickles? We recorded one of our sessions on a cassette tape, and she sent it to Ra.

His comment: “This can be very useful for Generators.”

It was intrinsically helpful for me, especially as I have a defined Head and Ajna connected to my Throat, and I have long had the habit of speaking my mind. Slowly, I began to honor my body’s sounds that would arise naturally, with no thought involved: responses to life as it came into my aura: Ahhhh! Liberation is satisfying.

3. Strategy and Inner Authority is the same thing for Generators

This is a myth. Strategy and Inner Authority are two different mechanics. The confusion for Generators is that the Sacral Center is involved in both mechanics.

Strategy gives us the key to how our aura operates: The Generator aura is determined by the defined Sacral Center, and the aura is open to all of life; therefore, the strategy is to wait for life to enter the open aura, the sacral responds with sounds. A response can arise to anything that enters the aura; however, it does not mean that thing requires a decision. 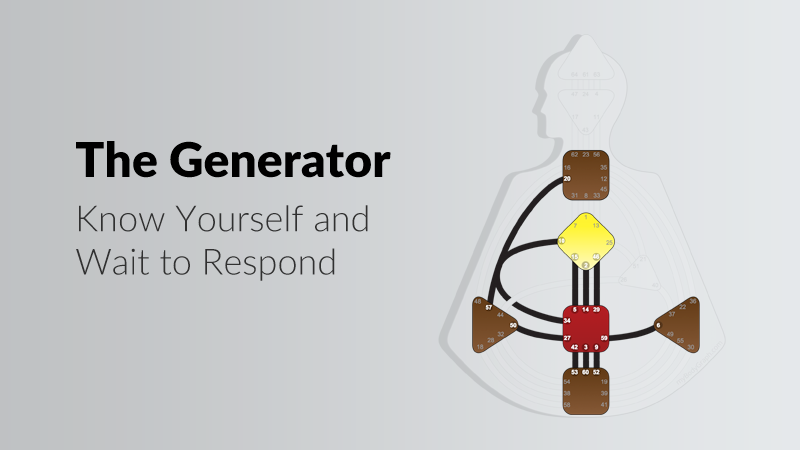 Example: I was walking along a busy Seattle street with my partner, Dharmen, and in a shop window I saw a poster for an International Tea Symposium. The poster was gorgeous, and I had an immediate response of “Ah-huh” to the poster. My first thought was, Oh, I need to go to this Tea Symposium.

Instead of running inside the shop and buying a ticket, I turned to Dharmen and said, “I just had a response to this Tea Symposium Poster, can you ask me some questions about it?”

And finally, I recognized that there is a difference between a response and a decision. And, over time, I’ve discovered that most responses do not require action, or any decision whatsoever.

4. You can have a friend ask you a yes/no question about something you want to do.

New Generators in their experiment often look for ways to continue living the life that they think they want, and still honor their Strategy and Inner Authority. This leads to thinking such as: if I hear my response, then it must be ok to do it; and, this is another myth.

Here’s my example, as I fell into this trap early on in my experiment: I felt like I was living in the wrong place. My job had recently ended, my relationship was long distance, and it felt as if nothing was really moving for me where I was living.

I had a friend record a tape for me, asking me about moving to several different cities that my mind thought would be good for me. I’m emotional, so I needed to feel my wave through multiple sacral responses; and the tape was a handy way to be asked multiple times. Although I practiced responding, there was no real clarity over time with this method. I couldn’t feel my sacral energy getting engaged, whatsoever, because it was all hypothetical. No one was asking me to move, I wasn’t asked to a project or place. My mind was making up the whole thing…trying to get my life to become what I thought I wanted.

However, when in real life I was asked to move, and there was a place I was being asked to go, the wave was truly set in motion from my responses. And over time, clarity emerged, and life moved me.

Only decisions that arrive from outside the aura as a yes/no question that involve other people, places or projects require a decision through the Sacral Center’s response. For 50% of all Generators with Solar Plexus Authority for decisions, the sacral sound response to the Yes/No question initiates the emotional wave; it literally begins the process of the Inner Authority.

5. Generators know when enough is enough

The Sacral Center can recognize when there is energy for an activity, and when the energy is no longer available – and we can observe this through the sacral sounds. 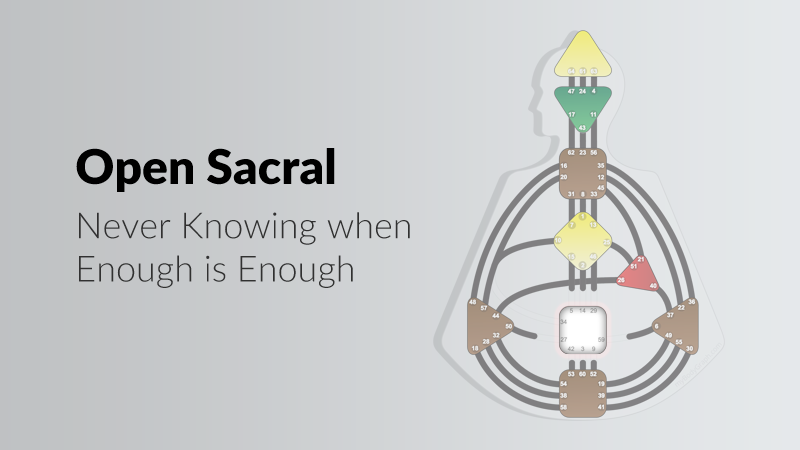 The Art of Being - Generator

There is a very simple art to being a Generator. Yet while it may be simple, it's not always easy...