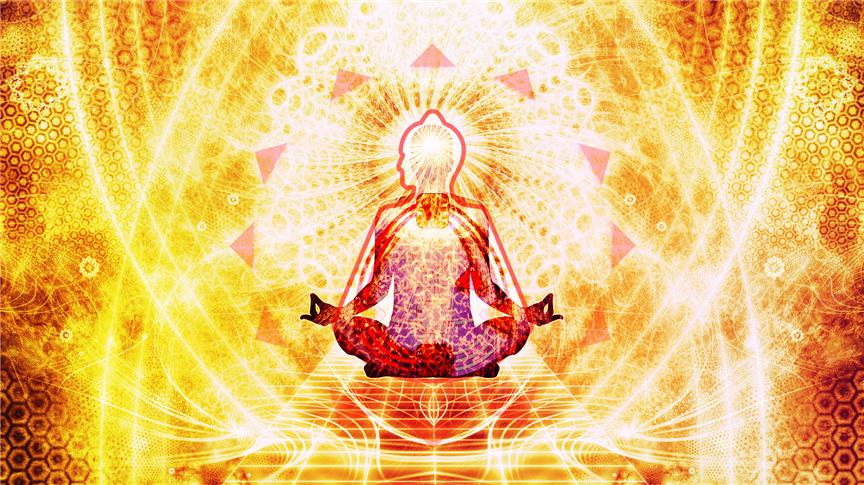 Manifestors are just over 8% of the population (closer to 10% now according to Jovian Statistics). Even though, when you're talking about seven billion people there are a lot of them around, as a percentage Manifestors are a minority. What is it to be a Manifestor? Mechanically, a Manifestor has a motor connected to the throat Center and an undefined sacral Center.

A Manifestor has the ability to move its energy into action. It is an energy type. The illusion that people have about Manifestors is that they can do whatever they want. Well, they can't, it's just an illusion. Manifestors tend to operate on their own, and in operating on their own they tend to look like they're taking their own action. In fact, they're like everybody else. We are all reactive; we are all reacting to the impulse. None of us are in control of the process, however, it certainly looks like Manifestors are able to take the initiative.

The Manifestor's aura is closed and repelling. Think about that. A closed aura is the exact opposite of the Generator's. The Generator has an open enveloping aura; the Manifestor has a closed repelling aura. As a matter of fact, as you approach a Manifestor the impact of his or her aura is that your aura compresses. Auras have a prana, they're not fixed. They expand and contract, and the moment that you meet a Manifestor your aura contracts.

Note: this BodyGraph representation does not include every possible Channel configuration of the Manifestor.

Manifestors are controlled from the moment that they come into the world because there is a suspicion about them that stems from this aura contact, and this control leads to the theme of anger. Manifestor children with this repelling aura might be tribal, emotional, and collective, so you can imagine how difficult that is. They want to be able to integrate and they can't. It's why there is all this potential anger and tension that builds up in the life of the Manifestor child until it ultimately explodes.

Strategy is an incredible thing. It gives us a technique, an ability, through seeing the mechanics, to navigate correctly in the illusion. That is what strategy is about. We have to teach Manifestors their strategy because it isn't natural for them. Strategy for Manifestors is a way to protect Manifestors from themselves, and to protect everybody else from them. Manifestor children must be taught to ask permission as their strategy. This is how they avoid being punished for what they do. This is how they get along in their environment and integrate with others.

Informing, as a strategy for Manifestors, is simply a way of removing suspicion, because this is what gets in the way of their social life. When you meet a Manifestor you really do not have any idea what he is going to do. That means that if the Manifestor doesn't find a way to communicate effectively, then he is going to alienate others. It's simply the way it works.

The signature for the Manifestor is peace. Manifestors seek to be freed of their anger, but can never be freed until they begin to inform so that they can reduce the resistance. Informing for the adult Manifestor is a strategy that has political and social value. Manifestors by their design are not negative forces. They can make a valuable contribution. The dilemma for most Manifestors is their isolation, and the anger that they carry within them.

For Manifestors to operate with peace in their life they need the proper guidance and this begins with the parents of Manifestors. If the parent can teach the Manifestor child the importance of asking permission and informing, and this strategy then translates into an ability to inform as an adult, then the Manifestor has a chance of living a life with peace.

The Art of Being - Generator

There is a very simple art to being a Generator. Yet while it may be simple, it's not always easy...

Explore this type that makes up 9% of the population - The only type designed to Initiate. Understand the power and purpose of impacting others, and how to transform anger into peace.
$19.00
DETAILS ADD TO CART

What does it mean to be a Manifestor in a time of great change? Learn the Type hierarchies, and the role of the Manifestor in our evolutionary movement.
$19.00
DETAILS ADD TO CART

In this lecture Ra Uru Hu explores how Manifestors are here to have the most positive and healthy impact on others through the alignment to their Color Motivation.
$47.00
DETAILS ADD TO CART