Ra Uru Hu & The History of the Human Design System

Ra was born Alan (Robert) Krakower in Montreal, Canada on April 9, 1948, and spent his early years there.

After he earned a Bachelor of Arts degree, his career path led him into the business world as an advertising executive, magazine publisher, and media producer. The arts were important to Ra, and he expressed himself as a composer and performer throughout his life. 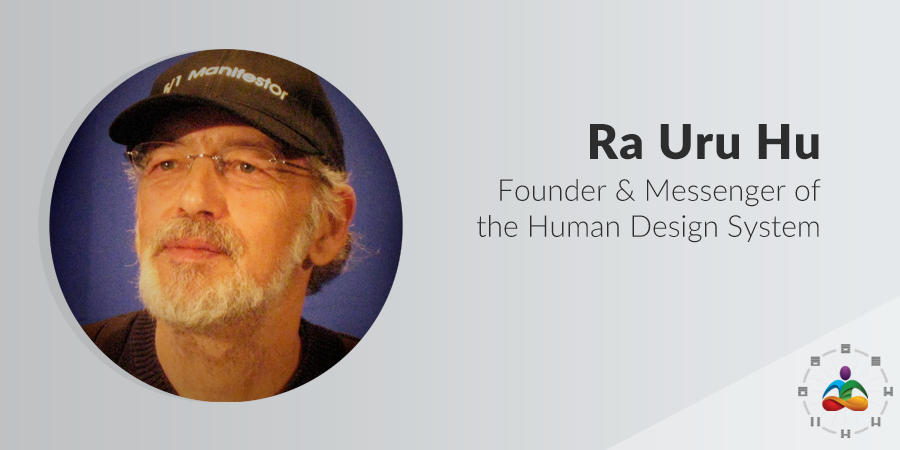 In 1983, he left Canada to travel, eventually finding his way to the island of Ibiza, where he spent years working as a school teacher.

In January 1987, he had an unusual mystical experience followed by an encounter with “a Voice,” an intelligence far superior to anything he had ever experienced. This encounter lasted for eight days and nights during which he received a transmission of information—what is known today as the “Human Design System.”

In 1989, after his encounter with the Voice, Ra Uru Hu wrote the Rave I’Ching, the foundation upon which Human Design rests and the key to unlocking the code of our genetics. As the oldest of the Chinese classic texts, the I’Ching, or Book of Changes, is an ancient divination tool used for over three thousand years.

Ra dedicated the next 25 years of his life to the development and teaching of the System around the world,

Together with his family, he lived in the United States, Germany, and for most of the time on Ibiza, Spain where he passed away in March, 2011. 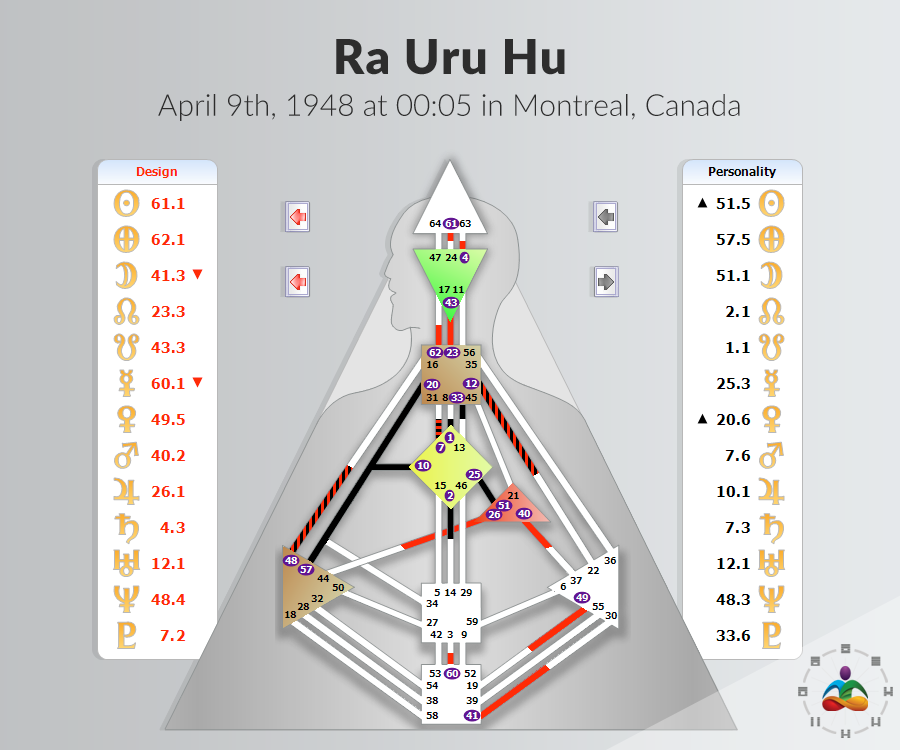 Next > The Human Design Chart, BodyGraph, and Mandala