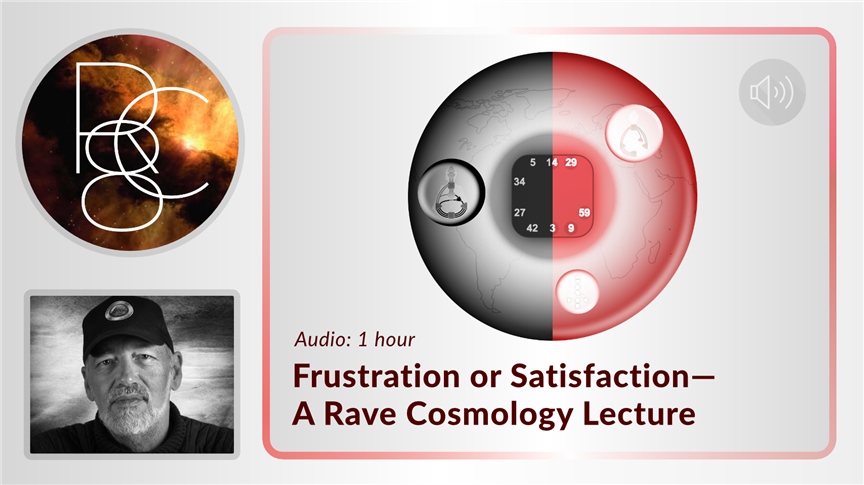 Generators represent almost 70% of the world’s population. As a vital source of productive energy, they generally have a great impact on everyone around them, making their awareness and well-being important to the health of both themselves and non-sacral beings.

In order for Generators to access their natural state of Satisfaction, they must trust in the strategy of waiting and responding with their Sacral, rather than making decisions through the conditioned strategy of acting on mental pressures.

Join Ra in this newly released 1-hour lecture on the importance of response for Generator well-being, and how being aware of the basic strategy of waiting can transform the world around every Generator who is trusting their Sacral voice.

This is the 10th lecture of the Rave Cosmology 8: Mystic Monologues series, and was originally titled 'Frustration or Satisfaction' That is the Question - The Burden of the Generators to Darken or Enlighten the World.

The Way of the Generator

Ra explores the "respondability", secret binaries, and Sacral energy that are pathways to the Generator’s signature: satisfaction and fulfillment. Now includes a new eBook transcript.
$147.00
DETAILS ADD TO CART

Generator Transformation - The Color of Envelopment

Ra offers valuable insights into Generator transformation, and how the process of Color Motivation alignment positively impacts the well-being of the planet through the use of energy.
$47.00
DETAILS ADD TO CART

Discover how Generators can move from frustration to satisfaction. Explore the power of surrender and tapping into your life force. Learn how generators dominate the frequency of the planet.
$19.00
DETAILS ADD TO CART