The Possibility of Living Your Incarnation Cross 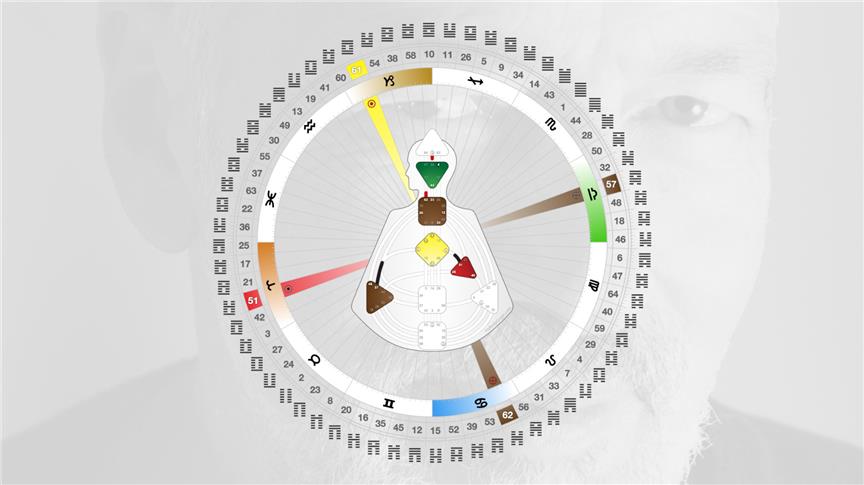 What we're going to look at is what most people think is really exciting. In other words, “What is my Incarnation Cross?” And for me, the Incarnation Cross is like going to Craigslist. I don't know if you know Craigslist, it’s where they list all these different jobs. You can find different work and all kinds of stuff.

If you look at all of the Incarnation Crosses, and you think of them as job descriptions, basically, you're getting a good idea of what's there because they’re job descriptions. We don't know what to do. Human beings are really useless in knowing what to do. The Program provides us with all kinds of directions. It says, “Okay, don't worry about it, you don't have to worry about what you have to do. We've got it fixed for you. Here's your job if you get there.”

The thing about the Incarnation Cross is that it’s the promise that you make to the person that enters on the ground floor, of what's possible (for them) if they really do their job well so they can get promoted. Because you're not born with your Incarnation Cross. You're born with the thing that says it could be, it could be this. This is a possibility.

The other thing to understand is that you cannot separate your Incarnation Cross from your Profile. Though the Incarnation Cross is going to give you this job description, the Profile really hones it in. It’s interesting because last night I was looking at the various Crosses. In this group, we have four Crosses of Eden, which I thought was really interesting. We have two Crosses of Identification. We have a Cross of the Laws, we have a Sphinx, we have a Vessel. But four Crosses of Eden, I thought now what are the odds?

They’re job descriptions, yet those Crosses of Eden with different Profiles, there is going to be a different construct in the Design itself. But I think one of the things that gets people excited about the Incarnation Cross is the tendency to get a mystical feeling about it, like it is this thing. I want you to see it as really ordinary in the sense that it is a genetic prediction that's possible based on your material when you come into the world. It says, “Hey, you could really be that.”

I was born a Clarion. The Clarion comes from the Middle Ages. These were people that came into villages, they blew a horn, and they told people the news, usually gossip, but that's what they did. That's a Clarion. As a matter of fact, when you translate my name, Ra, into Chinese, I'm Mr. Horn, because there's no equivalent, so they went with Clarion. It's nice that I was born a Clarion. I'm not the only one. There are millions and millions of us out there who are Clarions. It’s something that happened. It's something that suddenly I realized, that this is what happens. It’s not something you’re born with, it's something that's possible. And it's a possibility that is there to be fully and absolutely left alone.

Human beings love to interfere. This is what we do with our minds. The minute we've got something, we start cranking through it, and all we want to do is interfere. And we want to interfere positively. “I'm going to do it this way. And I'm going to be this.” If you want to live out your Cross, you have to wait to notice it. What it means to live your Incarnation Cross is when you notice it, that it's actually you. Because it is something that takes over.

You know what happens to you when you get a job. The job has a way of taking over. It begins to reframe the way you work, the way your timings go, all of these kinds of things, what you have to focus on or not. Your Cross is here to take you over, and to take you over in the sense that your mind is no longer capable of running the show because that's the only time your Cross can take over.

Excerpt from Part 1 of the Incarnation Cross Clinic

Purpose is an interesting concept for the mind; that there must be some higher valuation than the physical life of the body, a reason for this personal existence, and that there is something that must be done or accomplished.

The Wheel is a Calendar

If we look at Valentine's Day, and I want to begin with Valentine's Day because I think that this is the initial marker for the opening of the most ancient mating season that we have as a species.

What’s your purpose? In Part 1, Ra introduces the mechanics of Incarnation Crosses and how it determines your life purpose
$67.00
DETAILS ADD TO CART

In Part 2, Ra describes the essential elements of 12 different Incarnation Crosses, illustrated by an examination of 16 case studies.
$67.00
DETAILS ADD TO CART

Incarnation Crosses by Profile II: The Quarter of Civilization

Quarter 2: Purpose fulfilled through Form. Covers Gates 2 - 33 around the wheel of the Rave Mandala.
$75.00
DETAILS ADD TO CART

Incarnation Crosses by Profile III: The Quarter of Duality

Quarter 3: Purpose fulfilled through Bonding. Covers Gates 7 - 44 around the wheel of the Rave Mandala.
$75.00
DETAILS ADD TO CART