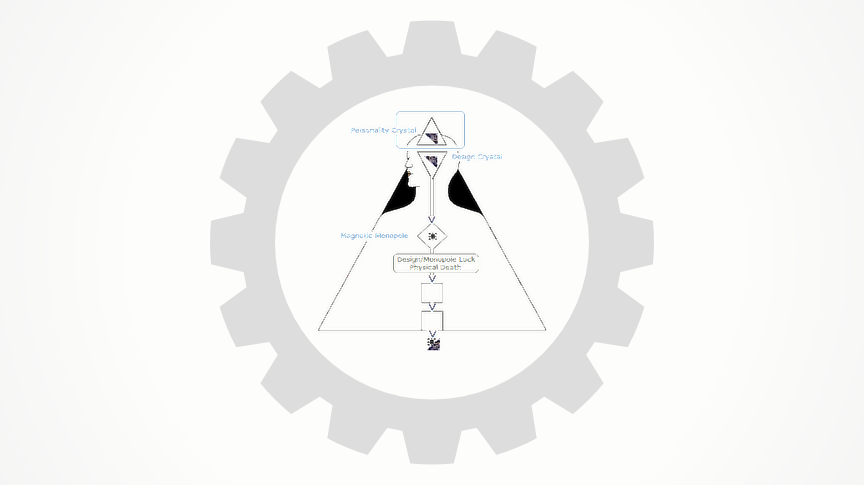 In the knowledge that I received in 1987, a great deal of information was given about the nature of being—Rave Cosmology—and the way in which consciousness formed and moved and was directed; how the incarnation of consciousness onto this plane, and into this form principle, took place.

I was given the design, or the mechanics, of the various forms: the forms of bio-life, inanimate forms and trans-auric forms. I was also given something else, which was the knowledge about the mechanics of death.

Death is a touchy subject for humans. Given our self-reflected consciousness, we are deeply aware of its potential very early in life, and carry that awareness with us throughout our lives. There are so many taboos associated with death in the various cultures throughout the world because it’s something that we have difficulty dealing with.

In terms of Human Design, when you start your life in the womb, you start with the design crystal and its magnetic monopole. The design crystal filters the neutrino stream, and in that filtering it begins the process of constructing the bio-chemical vehicle that the personality ultimately is going to reside in. According to Human Design, 88 degrees of the Sun before your birth, about 88 or 89 days before your actual birth date, the personality crystal is called by the magnetic monopole of the fetus into the vehicle, and you go through your life. 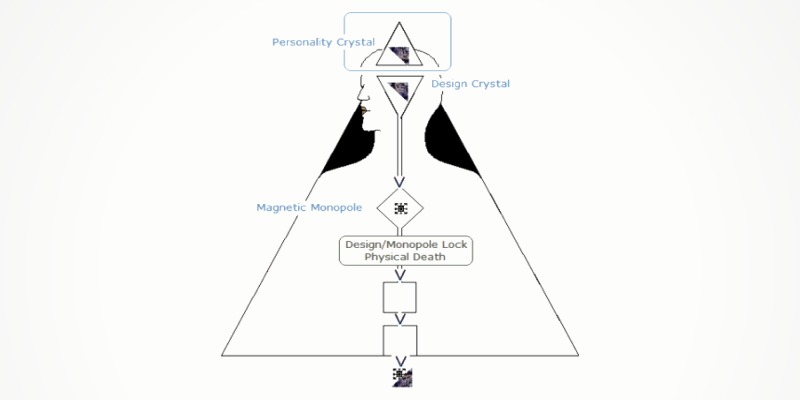 In that moment we have what is called biological death. There is no longer a design crystal connecting the consciousness field to the organic potential of the body, there is no monopole to hold it in place and give it its geometry to coordinate its existence. And yet, there is still flesh, there are still neurons left that are firing and remnants of oxygen in the brain. And there is still the personality crystal, which does not leave the body at death; it leaves the body through stages. These stages traditionally have been known as Bardo stages.

When I was in Germany several years ago, I gave a course on the mechanics of death and dying in order to lay out the actual mechanical steps, the actual Bardo sequences. But what’s really significant and what I want to talk about today is that lingering personality crystal. The Earth has a crystal polarity; We have a vast design bundle crystal in the center of the Earth, and we have a consciousness field of personality crystals that surround the Earth.

The reality is that it takes up to 72 hours for the crystal to be able to return to its proper place. That is, 72 hours in which the human body is not disturbed in anyway—no autopsy, no removing of organs, no placing of the body beneath the ground. Three days, oh, I know that it’s difficult, but we no longer live in the age of fire. Most concepts of immediate burial arose out of countries that were very hot. You couldn’t leave bodies for days because to do so was to bring disease and plague, and so forth.

The Source of Paranormal Entities

Everything Human Design teaches about the Personality Crystal is that we basically live in a Personality shell. To really grasp that we are limited by the way in which we can perceive frequency...

Going Home - A Lecture from The Rave Book of the Dead

Is there a way to die correctly? Learn about the stages of death and Bardo, and how we can support anyone in the dying process with The Rave book of the Dead.
$47.00
DETAILS ADD TO CART

The body and Personality go through different processes at the end of life. Learn about the stages of death and Bardo that can be mapped with a Chart created at death.
$197.00
DETAILS ADD TO CART

How do we explain the paranormal? Does it really exist, or are the tales we hear about “encounters” just stories told by those with overactive imaginations? Discover Your Natural Attunement to Paranormal Forces.
$197.00
DETAILS ADD TO CART