The Magnetic Monopole and Human Design 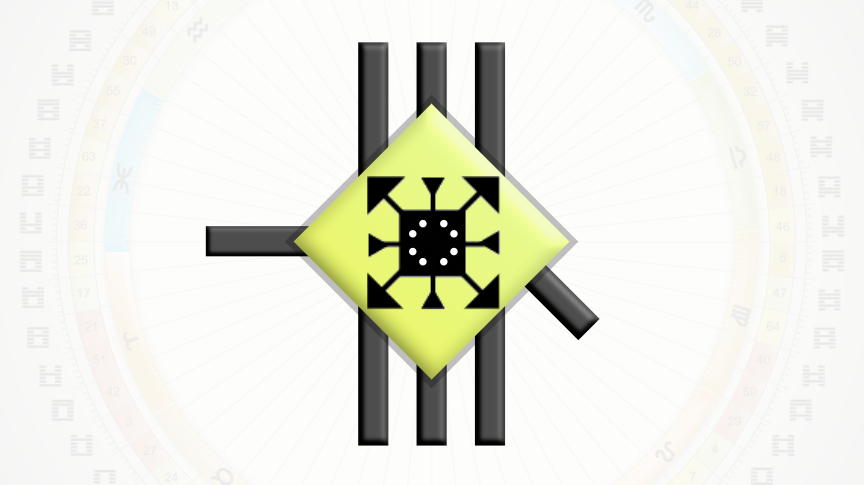 One of the core aspects, and most extraordinary mysteries of Human Design is the Magnetic Monopole. Within the framework of Human Design, the neutrino and the magnetic monopole allow us to reliably look at how we operate, and the ways the world operates.

We basically have a dualistic concept of the Universe, or what we refer to in Human Design as the Biverse. The dualism exists between what we call Relativity, a way of understanding the dimensionality of the world as put forward by Einstein, and on the other hand, quantum mechanics. We therefore have two very different ways of observing and attempting to verify how the universe operates. But there is as yet no bridge between these two domains.

While we can describe the inner workings of the universe, we yet have to develop a unified theory to integrate these two aspects. In many ways, the problem goes back to the very beginning of the Universe itself with the Big Bang; we know that what emerged from singularity was a basic binary in particle physics that we can reduce to leptons and quarks.

What holds it all together is the mystery. The search for this unifying force has been referred to within the scientific community as the search for the “Holy grail of physics.”

What is the unifying force? What is it that brings it all together? From the perspective of Human Design, this is the Magnetic Monopole. It holds together the illusion of our lives, and creates the construct that we work with, the dynamics of the Human Design Mandala wheel, and everything associated with it.

**For decades, physicists have predicted the existence of the Magnetic Monopole. Discoveries in 2008 and again in 2010, were followed by research in 2013, when LCN scientists presented evidence that Magnetic Monopoles were observed in a special type of material called “spin ice.”

The Magnetic Monopole is a key element in understanding Human Design 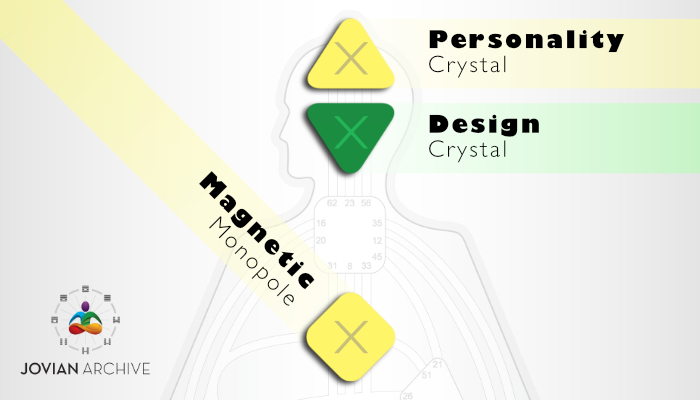 The condition of the Design Crystal and the Monopole being together in a bond is how they exist before incarnation. And this is what happens at the moment of biological death as well; they come together again. Biological death is signaled by the Design Crystal traveling down the central Channels, 43-23 and the 8-1, and into the G Center, aligning and bonding again with the Magnetic Monopole, and then continuing the journey outward until it leaves the body.

The Personality is Not In Charge

The relationship between this Design Crystal and the Magnetic Monopole has created a dilemma for the Personality Crystal, which is that it assumes it is in charge of the life, that it is the Driver. It assumes that it owns this Vehicle and can do what it likes with it. In fact, the only true capacity that the Personality has is to simply look out the window and observe.

And so, when we are talking about the Magnetic Monopole we begin to understand that it transcends the Personality in so many ways. In essence, it is an instrument that creates the potential of the whole drama.

The Magnetic Monopole: The Key at the Heart of Being

What makes it possible for us to experience life through the quantum view of the Body and Mind? Learn about the Magnetic Monopole and its role in forming the Self.
$37.00
DETAILS ADD TO CART

The G: The Diamond at the Center of Being

The wonders of the G Center and how it controls the Rave Mandala wheel. Learn about the Magnetic Monopole, our sense of identity and direction. Explore the mechanisms and roles of the 8 gates of the G Center.
$19.00
DETAILS ADD TO CART