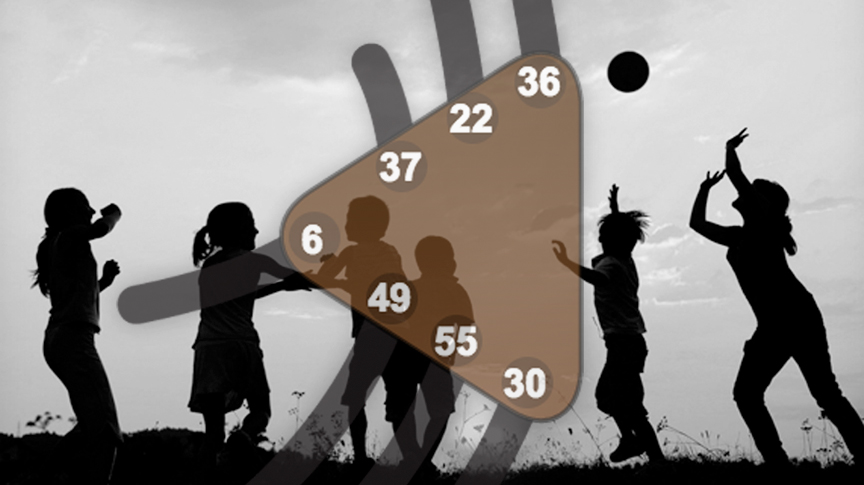 The general cellular process operates in seven year cycles. The first seven years of life marks the most intense time of conditioning. It is during this period that the 'Not-Self' strategies of the open Centers determine the decision making process.

In this period, the Inner Authority of the Not-Self is abetted by unaware parents. Knowing just your child's Type and Authority will change the way in which you interact with them and at the same time transform their lives and set the stage for their emergence as themselves.

They operate in a wave, and for them, there is no truth in the now. That’s something very important to understand when you’re trying to communicate with them and trying to get to the root of something – you don’t necessarily get the truth in the moment. 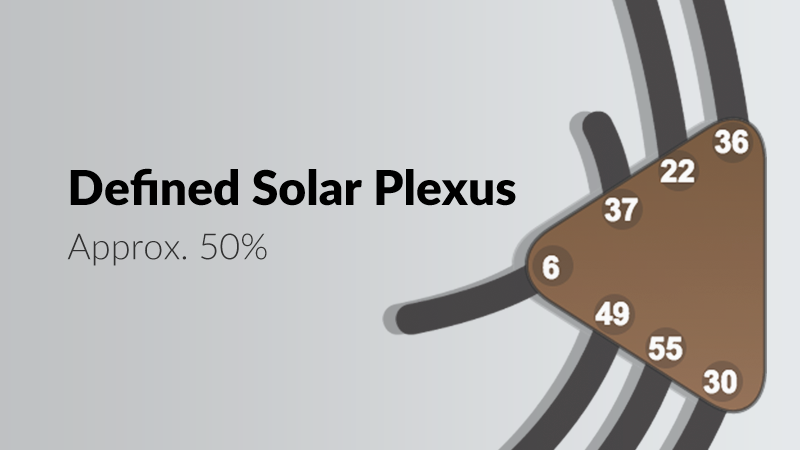 In dealing with an emotional child, one of the most important things for them is to be able to grasp what time means. Time is not something that is easy for young children to grasp. It takes many years for the concept of time to really set in. And for the emotional being, time is their greatest ally. It is only by waiting out the wave over time that an emotional being can find clarity.

Clarity. Now, clarity is not the same as certainty. No emotional being can ever be 100% clear. They can get close, but it’s never 100% and the longer they wait the clearer they can become. And of course, for children, there is a demand on them to want to be so spontaneous in this life. And to be able to see for them that the decision-making process is something that will wait out the wave. The wave. It’s like your child is going to have a birthday celebration.

If you have an emotional child and you want the child to participate in that in the sense that they will know what kind of present they’re going to get because it’s what they really want, and it’s not a surprise in that sense, it’s not like you can ask the child and accept what it says in the moment. You can’t. In the moment, it could have been influenced by something it saw, for example, on television.

And in that moment it’s the most exciting thing, and they may be high on their emotional wave. And so, “Yes, yes, yes,” it’s what they want and they can nag you and say, “Can I have it now?” And all of those things, and yet a few days later it’s gone. That’s the kind of toy that when you buy it for the emotional child they play with it for a day, and then it’s stuck in a corner somewhere and you wonder what all the fuss was about. You see, dealing with the emotional child is understanding something very, very profound about them.

They take in things very deeply, but they’re not able to synthesize them existentially. It takes them time. They have to process it. They have to sleep on it. They have to learn to see that the thing that’s important for them is not to make decisions in the moment. If you can teach your emotional child that, then you have given them an enormous lift up towards a life in which they can truly be at peace with the volatility of their emotional system.

The most disturbed children are children that come into the world with an undefined Solar Plexus Center. There’s a great deal of discussion in Human Design about the nature of the not self, that is, the way in which the mind works in those who are not living as themselves. And the not self draws its strategies from the open Centers because it’s the open Centers that are the primary Centers of conditioning. An undefined Solar Plexus Center leads to a strategy of the avoidance of confrontation and truth. 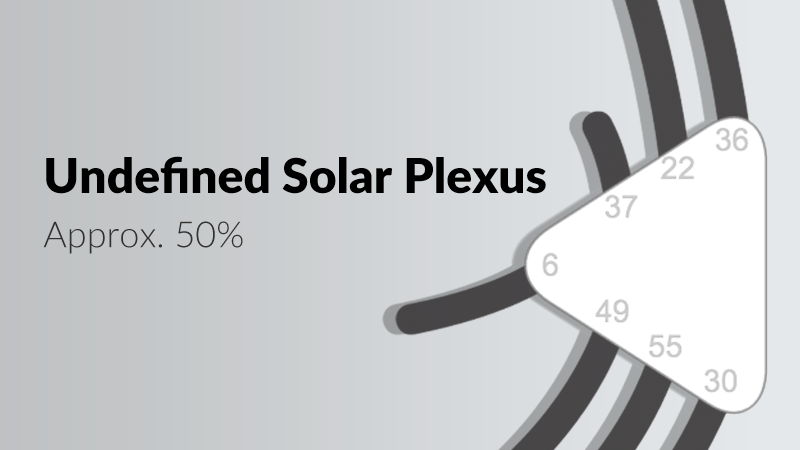 Now when you have an open Center, an open Center isn’t broken, it isn’t empty, and it doesn’t need to be fixed. But, it is open. It is open to conditioning. It is open to being connected. And when a connection comes, if you have an open Solar Plexus, and somebody defines that Solar Plexus, whether by bringing a Gate that connects to a Gate, or whether they just bring a defined Center because it’s defined in them, what happens with the open Center is that it amplifies what it takes in. It amplifies it.

In other words, it’s amplifying the emotional field that it’s taking in. And of course that can make the child very, very uncomfortable. And one of the things about these children is that they are really misunderstood, particularly by their mothers. Because what these children actually do, is that they avoid confrontation. The moment they sense, and they sense it immediately through the auric connection that the mother is down, they do everything in their power not to disturb the mother. It’s called not rocking the boat. It’s called learning how to play nice right from the beginning, and it’s all just protection.

And think about what it means for that child with the open Solar Plexus Center as they mature, the way in which their mind operates, is that whenever you’re dealing with the emotional field, do everything in your power to avoid confrontation. And in doing so, you begin to live a lie! And these children, at a very, very, very early age, at a remarkably early age, before they can speak, before they can walk, they’re already operating through this conditioning of their not self. In order to be able to raise an undefined Solar Plexus child so that it is not disturbed in its nature, the parents themselves have to know their design; there is no other way.

And one of the great difficulties for these children, because I’ve had to deal with them as teenagers many times in many places on the planet, these are the teenagers that end up having themselves institutionalized, who have parents who institutionalize them, who have parents that put them on all kinds of horrendous drugs because they think that their children are out of control and volatile when in fact they are as cool as cucumbers.

It’s everybody else that’s dysfunctional and volatile, and so often it’s the parent. The frustrated angry emotional father who comes home every day, he doesn’t come home with that alone. It’s not packaged inside of some kind of a barrier. The child takes it in immediately. Immediately. Oh, yes, there are children who will spend most of their lives avoiding confrontation and truth. There are children that will explode from this energy.

If you’re a parent and you’re emotional and you have an unemotional child, the only way that you can truly treat them with love, is that when you’re down, do what you can to be away from them! Don’t infect them. And as soon as they’re able to understand, you tell them, “It’s me, not you. It’s me. I’m having a bad day. Don’t you have a bad day. You go off and play.” The beauty of this knowledge is that it gives everyone an opportunity to learn how to treat the other with respect.

It’s the very core of this knowledge to respect the dignity of the unique incarnated being. It isn’t about force-feeding or education, though education is really something that benefits everyone in understanding themselves, and understanding the way in which the Program works. It is about simply recognizing that everyone has a right to be treated according to their nature, and in doing so, you’re already helping them.

The Wave of Hope and Pain

There is nothing that has greater impact in Human Design than the Solar Plexus Center. It is the motor of our emotional nature, and it operates in a wave.

A Human Design Guide to Parenting

Human Design offers parents a different way to support children according to their uniqueness. Discover simple techniques to nurture your child based on their Design.
$47.00
DETAILS ADD TO CART

Nurturing A Unique Being

Are there specific ways to nurture the well-being of your child? Join Ra in this practical guide to supporting health and development based on Type, nutrition, and environment.
$97.00
DETAILS ADD TO CART

Raising Children According to their Design

Understanding your child’s Design can help you see a unique being based on specific points in the BodyGraph. Discover the most important ways you can support health and development of your child.
$37.00
DETAILS ADD TO CART