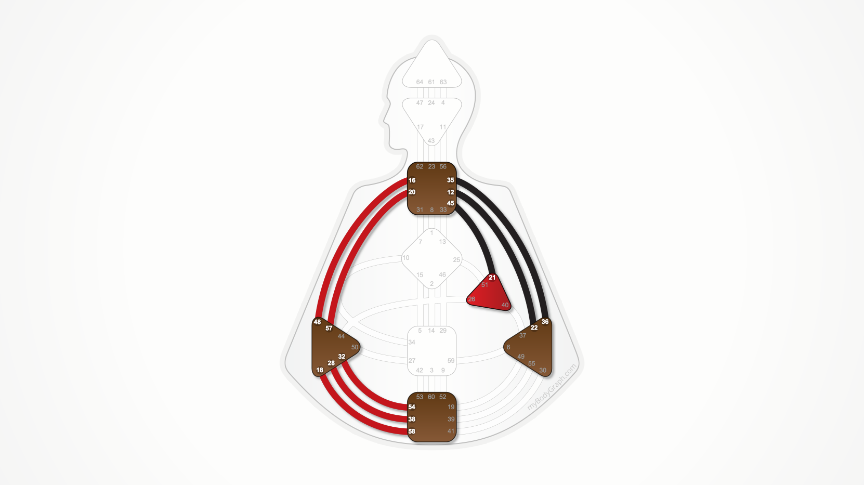 Strategy is such a simple thing, but that doesn't mean it’s easy to follow, and the reason for that is the nature of mind. It's one of the fundamental things Human Design teaches, that the mind is not our Inner Authority, and it has no right making our decisions.

The mind is an instrument of our conditioning. It operates through the conditioning strategies of our openness, our “not-self”, and we end up making decisions according to the nature of that conditioning, moving us further and further away from who we are.

The fact that you intellectually take in the concept of Strategy does not mean that your mind is an ally in this process. It doesn’t, and it is one of the most difficult things to overcome in the original experiment, when you meet Design and want to see if it works.

Your mind isn't necessarily your ally unless you bring it into the process. Manifestors are told that their strategy is to Inform, that is adult Manifestors. That seems so simple: Tell people what you're going to do before you do it, and you won't meet resistance. But that's not what life has taught them, that's not what they've learned. From the moment they come into the world they've been controlled, and it’s been very difficult for them to do what they can do.

Not only that, but their aura is something that can make others uncomfortable. And so here's the Manifestor being told, “Well, before you do something tell the other”. Their mind, that not-self mind that lives off the anger of the Manifestor finds all that ridiculous. “Why should I? They're only going to get in my way, they're only going to say no and try and stop me,” and all of the things that the mind can come up with. And yet, it’s the very key.

If they do not inform, their life is nothing but resistance and anger. And yet, it’s not enough to tell them so, it’s not enough to say, “Look, you’re a Manifestor, just inform. Try it. Before you push your way through the crowd say ‘excuse me’ and you'll see that the sea parts. It's so different, and yet how difficult.

What is important for the Manifestor to grasp in their experiment, is that they are beings that have impact. That's what Manifestors are all about. Every action they take has an impact, possibly far beyond what they realize.

The angry Manifestor that quits their job, storms out, and has no idea what kind of impact that has. The surprise of those people that have been working with them, the so-called friends or colleagues they had a certain intimacy with and who were not told, who did not know that was going to happen.

Informing is about recognizing that by letting people know, a Manifestor’s life becomes so much easier—because they do have impact. That what they do impacts and affects others, and until they become aware of that, they are never going to be free of the resistance. The very act of informing is the most important social interaction that they have in their lives.

The Mind is Not for Decision Making

Human Design says something that has never been said before: “Your mind is not for decision making.” That’s all the mind has ever been, the decision maker.

Explore this type that makes up 9% of the population - The only type designed to Initiate. Understand the power and purpose of impacting others, and how to transform anger into peace.
$19.00
DETAILS ADD TO CART

We live in a world of Generators, but the 9% that are Manifestors have significant impact. Join Ra Uru Hu as he reveals how this unique type designed for initiating can navigate their challenges and find peace.
$147.00
DETAILS ADD TO CART