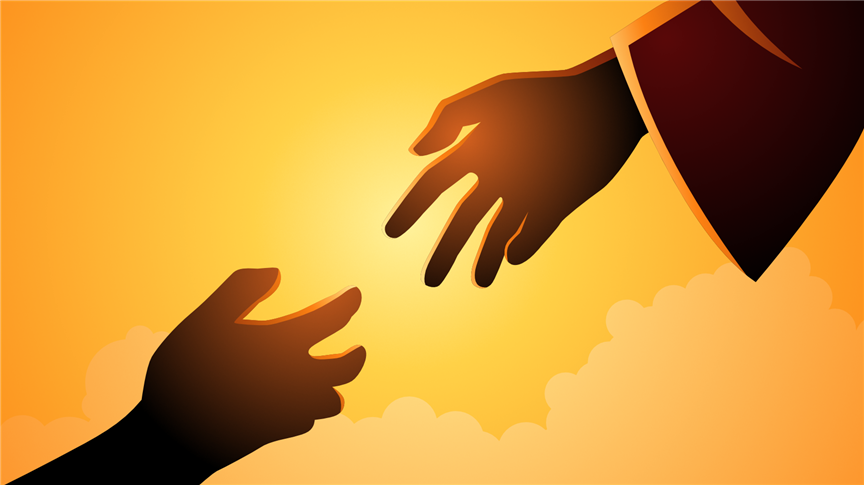 Think about it in another way. The 19/49 is a facility that exists in hardcopy, in the sense that it is part of our vehicle’s physical infrastructure to have this relationship between the adrenal system and the Solar Plexus. It’s how it’s driven, it’s there in the biology. And the moment that this is going to change, it’s just not going to be there anymore. And the reason that it’s been there all of these years is because it has functioned this way. It is part of what it is to be human. We needed the Mystical Way in order to fulfill our role as human beings.

Raves won’t; it’s not like Raves are going to have discussions about God or spirituality or mysticism, or any of those things. This is us. We’re primitive compared to what’s coming. The Godhead has been the enormous carrot. It’s a huge carrot that has been held in front of us forever to move us away from our fears, to give us a sense of what is possible, to find the beauty within what it is to be us, and all that stuff. And more than that, it’s what has bonded us together. Oh, what a revolution it is going to be when that no longer operates. The Tribe is a lot of things, but when you take away the right-hand side of the Tribe, you literally eviscerate the social infrastructure. You just do; you tear it apart.

What holds these Tribes together? You can see that; look out at the world around you. Tribes are held together by their mutual support systems, their common traditions, and beliefs. This is what we think of as Tribe. And when you go into any community—it’s one of the jokes about Ibiza, that it is one of the most cosmopolitan places in the world, and at the same time it is so Tribal. There’s a little English enclave here and a French one over there, and a Dutch one and a German one, and so forth and so on.

This is humanity, this is what we’re like. “Ah, we’ve got the same God, ok. We’re on the same team. We have the same traditions. We follow the same practices that give us a sense of bonding, brotherhood, sisterhood, companionship.” It’s what holds the Tribe together. Not only does it hold it together, but it forms the foundation of its defense system, its warrior nature, the willingness to fight for its God, kill for its God, and so on.

It’s all going away. And there’s nothing more dangerous than when the door closes, all these thumbs that get caught in the jamb in the door. This is the age we’re living in now; the door is slamming on beings. How many human beings, every single day, are being killed right now because of “My God is better than your God, my way is better than your way. Don’t touch my tradition or I’ll kill you. Don’t try to pollute my genetic pool, my environment, my neighborhood.” It goes on and on, it just does. This is not a backlash; this is the last gasp of it.

So, when you’re looking at the 40-37, think about it in the context that the most dynamic spiritual era in humanity’s history has been during this cycle, this cycle from the beginning of the 17th century until 2027. This is the 40-37 operating during a time in which the global cycle is a ‘Cross of Planning’ cycle. If you look at the world, over the last 400 years more temples have been built than ever before in the history of humanity. There are more human beings today that bow down to God than ever before.

It’s extraordinary, this search, and we see it in so many ways. Whether you see it as esoteric, New Age, counterculture, traditional, this and that and all the various things, this is the end of it. It is not the flowering of it. And all I can say is, good riddance. It’s been a great killer. I do understand the value of the mystical way, I can see how it has expanded the consciousness of humanity through unique experiences in individuals, and how this has permeated humanity and, in many ways, enriched many civilizations.

There are two very practical things involved in this program. The first one is that I‘m a mystic; if I‘m anything, I‘m a mystic. I‘m somebody who had a bizarre mystical experience...

Let's go back thousands of years to the beginning of the story, to the emergence of magic. What’s it really about? It begins with understanding just the BodyGraph mechanism. We are looking at two Gates...

Peace and the Well: The Birth and Death of Magic

Does magic exist? If so, what is its source? Join Ra as he explores the nature of magic through the awareness mechanics of Gate 48 and Gate 11.
$37.00
DETAILS ADD TO CART

How did the movement from five-centered, to seven-centered, to nine-centered beings impact humanity? Join Ra in exploring the influence of God, morality and religion on your journey to live your Design.
$37.00
DETAILS ADD TO CART

Magic, Design and the Inanimate

This is a unique exploration of humanity’s relationship to the Inanimate, the most basic of the Design of Forms.
$17.00
DETAILS ADD TO CART