Projectors: One Person at a Time 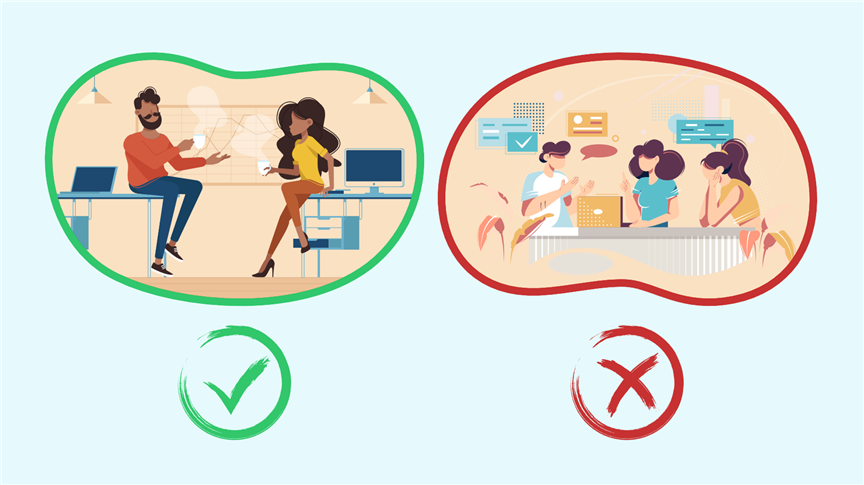 Then of course, the Projector has an advantage. This is the Projector’s advantage. One person at a time, this is the key to you being recognized. Think again about your aura. Auras are the way in which we meet each other, and there is so much information that’s in that aura. Because of the focus and penetrating aura that a Projector has, when a Projector puts their aura into you, you’re getting very, very specific information. You’re getting them. And it’s holding the other person to that. That’s why there are people that resent Projectors, and resent the power of this aura to penetrate them and lock them in.

I can walk into a room and have a Projector walk into the room behind me and feel their aura on my back. You can feel the presence of a Projector. The moment they put their attention on you, the moment you put your attention on anyone, they feel their aura instantly. So, you have to begin to understand how you can take advantage of what it is to be you. You’re here to recognize. One on one, you take in a tremendous amount of information from the other. You’re here to both be recognized and to recognize them. And you get to see them.

Projectors Do Not Belong in Groups

So, if you’re going to be in any kind of situation where you have to be an authority or provide advice, those are the classic situations for you when you’re one-on-one with the other person. If you’re a Projector and you want to solve a problem in any kind of situation, don’t do it in a group. Projectors do not belong in those environments unless they’re leading them, but not being inside of them.

Because the moment you’re inside of them, you’re going to be alienated. The first thing that happens to Projectors in a group is that they’re very quickly alienated. There they are in that group and they’re talking to that person beside them because that’s how their aura works, and everybody else is separate from them, and they don’t connect, because they can only do this one-thing-at-a-time trip. Then they get that reputation from the others. It’s not their thing.

In 1781, something new happened: It’s called Projector. We live in a world where Projectors are truly on the ascendancy, now representing about 1/5 of humanity.

The Art of Being - Projector

How you function in the world is based upon this one essential quality that you cannot control: the way your aura operates. What's the art of the Projector aura?

The Projector’s vulnerability to the conditioning field can prevent their success and lead to bitterness. Join Ra In this 4-part, 3-hour, in-depth lecture dedicated to Projector empowerment + new eBook
$97.00
DETAILS ADD TO CART

If you are a Projector experimenting with, and studying Human Design, in this lecture Ra offers some of the deepest and advanced insights into your Projector process and potential.
$47.00
DETAILS ADD TO CART