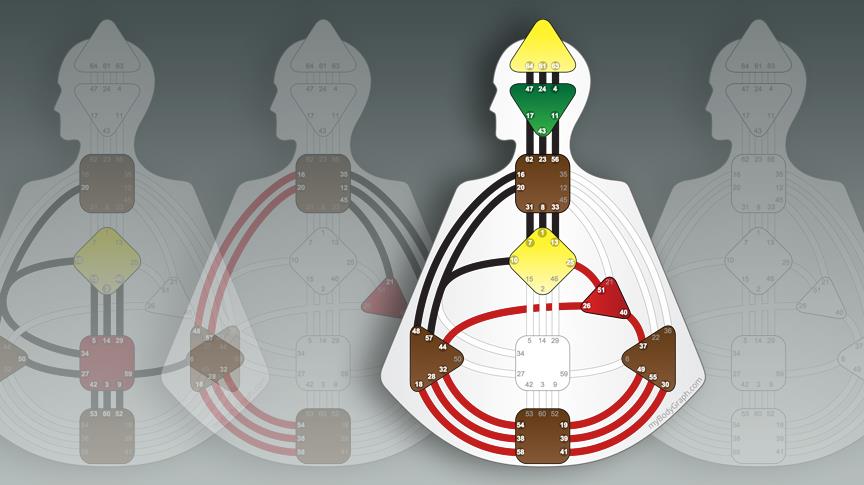 Human Design is something that has a unique perspective on the evolutionary process. Just under 80% of humanity are energy types. Humanity is dominated by Generators (67%) and Manifestors (9%). Together they represent basically three quarters of humanity, and that means that energy types were something that fully dominated what was the seven-centered era (prior to 1781 and the advent of the nine-centered being), an era that was fundamentally strategic.

Projectors are somewhere between 22% and 23% of the population. In the pre-nine-centered era Manifestors ruled, but now that we live in a nine-centered era, slowly over time the Projector is ascending into a leading position in the hierarchy. It's an ascendancy of a different way of doing things. Projectors are naturally wise about the use of energy. It doesn't mean, by the way, that they act wisely, because of course they are not-self and as not-self there is no way for them to live out the advantages of what it is for them to be a Projector.

We're in an age now where it is time for the Projector to take on its role as a leader, but not as a leader in the manifesting sense, but as a guide. What is interesting about Projectors is the way in which their aura functions. When you're dealing with a Projector the aura literally focuses, and it focuses on the other. It is this ability to focus that gives them a unique capacity to recognize the essence of the other being.

A Projector is not interested in him or herself. It is one of the dilemmas for the Projector, which is how long it takes to wake Projectors up to the possibility that there is something that is them, rather than what they get through the other.

And in fact, what they are indeed focusing on is your identity, which at the same time often creates a backlash, it creates a reaction and the reaction is recognition. Projectors are not after your energy, but they are designed to be able to gain access to it. A Projector is here to understand deeply how and where energy should be used. And because their aura is very very focused in this way, they "invite" openness, which makes it very, very difficult for Projectors to escape the influence of the conditioning forces that are around them.

If you're a Projector you really need to be formally invited into any situation, and to gauge if that invitation is correct for you based on your own inner authority. The very strategy that you have is an indication of the natural demand for respect that you deserve. You have to surrender to demanding respect. It is very important for Projectors to be careful about the people they associate with. The quality of their associations directly impacts their wellbeing.

To be a Projector means that you do not simply take in conditioning, you take in conditioning that generates, motivates and moves your process. It's not that you're dependent on the other. You were not designed to be dependent on anything. You are designed, however, to be in a world in which energy is available, and that's very different. This is what the invitation is all about.

If Projectors would trust in the power of their aura, their auras would pull to them the attention, the recognition, and the correct invitation to the energies that they are here to recognize and to guide. 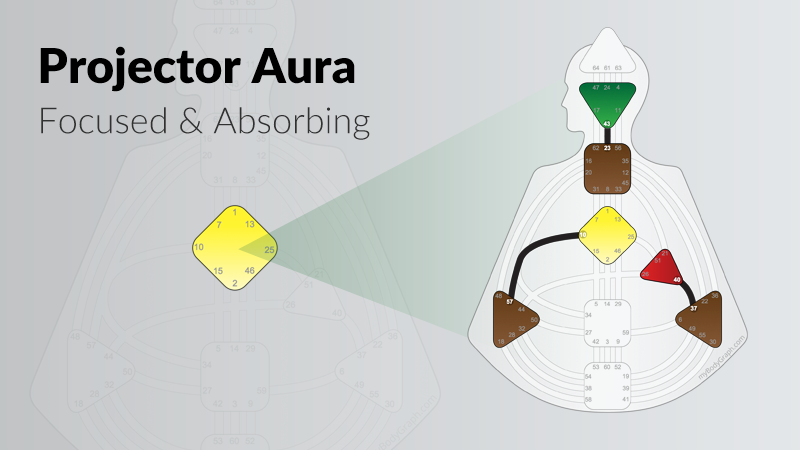 When you enter into the beginning of your own self-recognition of what it is to be a Projector, one of the most important things that you have to do to lessen the burden of what your journey is going to be is to dismiss any idea that you're about to get instant gratification. It is really a process for a Projector. Education allows Projectors to grasp the depth of their conditioning, and education takes time. You're entering into a seven-year education program, the same kind of program you would enter into as a doctor, or as somebody learning to play an instrument.

Projectors are, in that sense, born students. The Projector is here to guide. You can't guide if you don't know how the game works. And the moment that you understand how the game works is the moment that you find your power. And you are ready for the potential of success, the keynote for a Projector. A non-selfish, transpersonal, deeply shared success based on correct bonds and correct recognition both for the projector and whoever (s)he is focusing on.

If you have a Projector child, it's very important to encourage their studies, it's important to encourage particularly those areas where they have special interests, because in fact, the Projector as a type is here to recognize and to master systems, whatever they happen to be. And with the proper encouragement and the right conditioning, there's a great deal of potential in that for them. 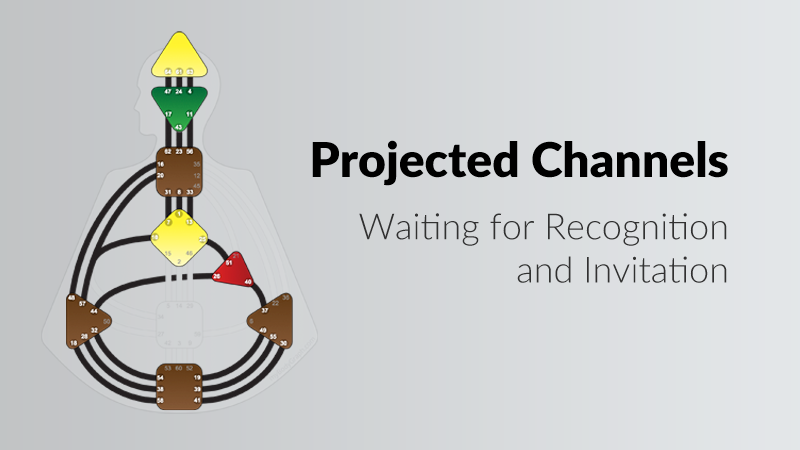 And the dedication has to be there to explore the knowledge because the deeper you go into it as a Projector the healthier and more empowered you become in terms of the way in which your ability ultimately can be recognized. Being recognized in the sense that the potential of your role is something that is recognized by the other. But you have to wait for the invitation, and then you have to determine if the invitation is correct for you based on your own inner authority in order to fully own this power.

The Art of Being - Projector

How you function in the world is based upon this one essential quality that you cannot control: the way your aura operates. What's the art of the Projector aura?

The Projector’s vulnerability to the conditioning field can prevent their success and lead to bitterness. Join Ra In this 4-part, 3-hour, in-depth lecture dedicated to Projector empowerment + new eBook
$97.00
DETAILS ADD TO CART

Why you are needed as a resource of information for the future. Learn why Projectors need to master systems. The ascendancy of the Projector and its role as guide and administrator.
$19.00
DETAILS ADD TO CART