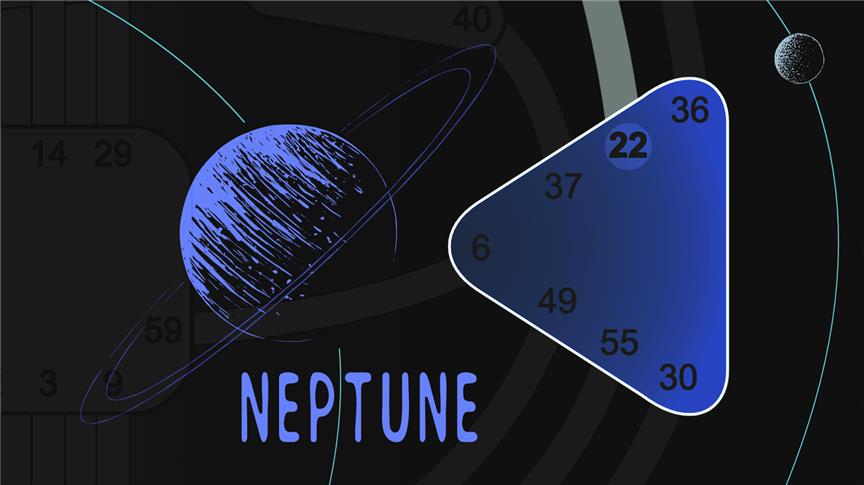 And now looking at Neptune. This is something similar, but not so early. Neptune is still in a retrograde movement and will go direct on December 1, so definitely still in that Quarter. So, it is the second great player in the transit field that will be moving direct and that’s another indication that things are going to move on. And the question, of course, will be in what direction?

Now let's look at the 22. This is again, the Knowing Circuit. Let's just stay with the simple things first. We had Pluto in the Knowing, and now we have Neptune in the Knowing. But we could say in the emotional Knowing. And as seen from the Collective perspective, that's not so easy. On the personal level, it would mean okay, you are emotionally open, or you're emotionally closed. That is pretty clear.

Openness or Closedness to Parts of Society

That means, first of all, for example, if you look at politics, the moment we have the 22, everything is about tuning in. It is one of the Gates that has an almost magical ability to tune into something or somebody, especially somebody, and translate it to the level of the Collective. That means tuning in to a certain part of the population, tuning into a certain interest group, tuning into a certain political program, whatever. So, it's not only that the question is —what are we open to and what not—as we are in the society, in the Collective there's always a competition of judgments and opinions and so forth, and there is an attempt to tune the society or considerable parts of it to a specific openness.

And then you really have to understand, the official narrative would say we are a democracy, and everybody can say what they want, then they have a discussion, and then we have a vote or an election, and then everything will be fine. And this is all a lie. But every interest group, of course, wants people to vote for their proposals, for their politician, for their interest.

And the best strategy to achieve that is not only to convince people that this is the best program, the best option or whatever, but also, that they should not be open to somebody else because that is the easiest way to protect your own position. If you have convinced the people, if you have tuned them in, almost lured them into your so-called truths, and at the same time, you managed to close them to all other directions, to all other contents, then it's like you have a caste system in the society. You have a bigger or smaller group of people, and they will stop listening to others.