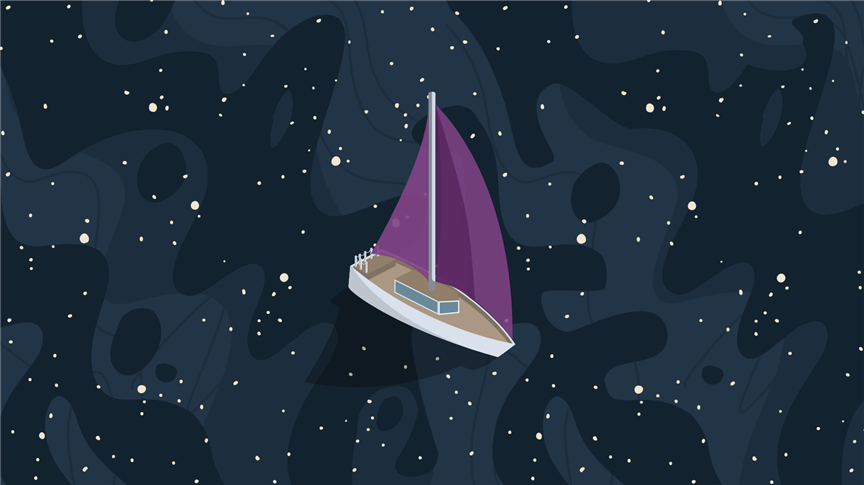 Hello, and welcome to Under Shamash.

It began in the imagination of Wolfgang Pauli. I mean, he was trying to solve some basic principles of physics and couldn't come up with a solution and basically invented something that would satisfy the demands of the equation. He called it the little neutral one, the neutrino, what an... Yeah, I was going to say extraordinary, I say that all the time.

What a wonderful, wonderful way to start its existence, this spark of revelation, because it is revelation, and I often ponder the great neutrino ocean because the neutrino ocean is the consciousness field. And it is so obvious that in understanding the nature of the neutrino as the agent of what we experience as consciousness, to recognize that the vast majority of all neutrinos are generated as the life process of stars and that we are, you know, part of a vast biverse of billions upon billions upon billions of stars, all generating this enormous neutrino field.

The abundance of neutrinos is hard to imagine. I mean, closing your thumb with your forefinger, through that space about 3 trillion a second will travel. The consciousness field is more than a field. It is a dense ocean, the great neutrino sea, and it is this ocean of consciousness that we filter. It's this ocean of consciousness that in its imprinting, we call the daily program, we call the activations in our charts. All of this is a by-product of the neutrino ocean and our unique potential to filter the ocean differently, differently from the other.

I did for many, many years introductory lectures in the first, particularly the first seven year cycle of design and jokingly considered myself to be the great neutrino salesperson. You know, I mean selling the concept of neutrinos with mass that had yet to be confirmed by science and in understanding the validity of the neutrino as a foundation of the consciousness program, it legitimizes the entire way in which a calculation is accomplished in human design, and that we actually have an instrument that we can use to in fact measure and define what is our uniqueness. All of this is made possible by the neutrino.

I'm fond of hats, and one of my favorites is a hat of mine that says ”Sailing neutrino seas.” And I don't think anything has touched me more deeply than awareness of the neutrino ocean. It's like Lao Tzu's river, only it's even more profound because it is no longer in the realm of philosophy, but is the dynamic physics of moment to moment existence. So today, I'll leave you with something interesting. At least I hope it's interesting to you. It's something that I wrote in homage to the neutrino in 1988. And yeah, I leave you with "Sarah Sang a Lullaby." Bye for now.

Many of you already know that Ra Uru Hu was not just a teacher, he was also a musician. His passion was music.

Recorded in Taos, USA in 1997, it was titled “10 Years Sailing Neutrino Seas.” In the first album Ra Uru Hu published, all 13 songs are him and his guitar, a perfect match.
$7.00
DETAILS ADD TO CART

The Magnetic Monopole: The Key at the Heart of Being

What makes it possible for us to experience life through the quantum view of the Body and Mind? Learn about the Magnetic Monopole and its role in forming the Self.
$37.00
DETAILS ADD TO CART

Can we really trust our mind’s interpretations of what the body and brain perceive as we navigate the complexities of our lives? Join Ra as he addresses the construct of the Self.
$37.00
DETAILS ADD TO CART