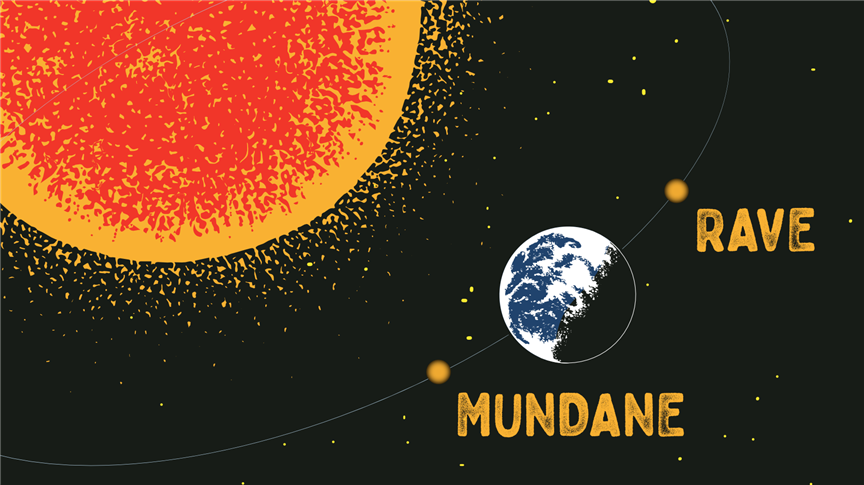 Now, how is the transit forecast structured? The intro part, a relatively complete and long intro part, I strongly recommend you watch if you are participating for the first time because there is a lot of technical stuff explained I will not always explain anew.

Then we have the new part, or the exceptional part of the 1st Quarter transit forecast, the analysis of the mundane New Year and the Rave New Year. And then we have, let's say, our three traditional parts: The collective perspective of the transit field for the 1st Quarter, the personal perspective, and finally, what I call the definition program, showing us how the dynamic evolves over the three months. And a short look at the fast moving planets: Mercury, Venus, and Mars. So, this is the structure you will get. And that shall allow you also to choose, for example, a specific part because that is most interesting for you or that is something you want to hear again.

So, what does the mundane New Year show us? Why should we have a look at it? I'm convinced that we can look at the BodyGraph of the mundane New Year the same way we look at the Rave Return or the Solar Return which we know from the individual analysis. But here it is not individual analysis, but we could say it is the BodyGraph or the Rave Return of the according time zone.

And it shows the topics of the mundane, meaning of the normal year, in the collective, and how they will appear on the surface of the collective consciousness. So, this is not everything that will happen, everything important. But this is everything that surfaces in the collective consciousness, what the media are talking about, what the politicians are talking about, what people are therefore discussing because it's somehow everywhere; you cannot avoid it. At least if you do not live in the famous cave in the Himalayas, you will in some way get in touch with that.

And that is the reason why I like to do it, because I can not and I do not want to totally disconnect from the, let's say, normal world. I do not always feel very good there, but still, I am an observer. I'm here to be an observer of what is happening and therefore, the perspective the normal collective will have is important for my understanding.

And, of course, for being prepared for some things because the world that humans have created is very much a psychological one. They do not see so many things, they don't really see, but what drives them and what will influence their decision making is what they think to see. And to have a look at that can definitely not harm as long as you are living in that world.

A Personal Perspective Excerpt from Transit Forecast | Q4 2021 — "Okay, Saturn in the 41st Gate. So, we have the ‘Decrease,' and the decrease will be most important for the ones who have Gate 30."