Hey, did you have a good year? 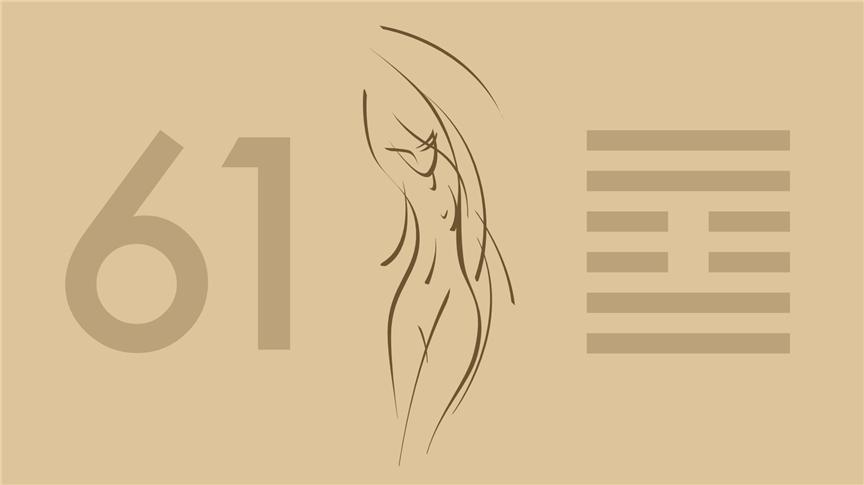 Hello and welcome to Under Shamash. Before I begin, I would really like to thank all the participants of the 20th anniversary celebrations. It was a really nice experience, and for me, as a being, it was very enjoyable and it was nice to share the moment with so many friends of the knowledge and yeah, it was very special. So thank you. And now I can forget all about it and get on with the next 20 years, which is the way it goes.

My theme today—because we've been looking at the Sun moving through these Gates that close out the cycle and as we approach the Rave New Year, which again, remember, will be on the 22nd of the month—we now have, and have had the Sun in the 61st Gate. It's actually approaching the end of its process in the 61st Gate, but still, I think it's something important to grasp about the nature of this particular point in the cycle. This is the Gate of Inner Truth. And as such, the inner truth is really getting to the core of the form. It's one of the things that I love so much about the I'Ching. I spent a long time just simply looking at the physical lines. That is what in the tradition is known as the chops of a hexagram, the six lines, and to look at them for their inspirational value. And for me, Inner Truth is perhaps one of the most revealing in that sense of the physical look of the hexagram.

It's more than the physical look, it is the chemical combination that is there. That is, two yang lines, two yin lines, two yang lines. And when we think in terms of the name, Inner Truth, that the inner truth itself is this inner yin principle, and the inner yin principle in order to get to the inner truth, in essence, you need to break through the yang and the delusion that the yang brings. That is, if you can compare the yang lines with the Personality and the yin lines with the Design, the inner truth is in the Design. No matter how the Personality manages in its way to be able to deal with the illusion of its life, the truth of its life is only something that can emerge out of its form.

And so, as we're standing here in this particular moment, as we move along our way, this point, the effect of the Sun in the 61, is to point us not so much to what the Personality assumes has been the essence of the previous year. After all, we well know that the Personality, in the vast majority of human beings, is not self, and the Personality is plagued by the conditioning that structures it from the open Centers, in the not self design. It is not possible, in that sense, to know, to pay any attention to what the Personality assumes about the nature of the inner truth of the year. That is, it's not to be found in the Personality, it's to be found in the form. And in essence, what I really mean by the effect of this particular moment is that it's much more about, well, to be very, very, very mundane: It's about how well you've aged physically over the last year, in a sense it is about how your body feels as you approach the end of this year.

Has the year been hard on your body, easy on your body, has it distorted your body? Have you had problems with your body? All of this is very much a part of this point, and you would never think that, given a standard understanding of the 61st Gate. After all, it's in the head Center; it's inspiration, it's individual, it's far away from, in that sense, what we would look at in terms of form. And yet, inner truth is the truth of the form. Now the true inner truth of any year is when you're given the opportunity to be able to respond to a question about that year, did you have a good year? You know, "Uhuh", and then right away, you've got the inner truth. The inner truth is gonna speak volumes in that sense.

And so one of the things that I want you to grasp about the dangers of our moment is to use your mind, in that sense, as a gauge of how well you've progressed through the cycle, or to turn that 61,1. Inner Truth into another lost cause. In other words, hoping that this year will be the year where you can find inner truth, that you know, where you should look, and so forth and so on, which happens to so many beings who think that they've started a cycle already. But most of all, it's really the moment to find out whether your inner authority has any real comment on the course of the year. I mean, that's where you get the final authority before you reach Limitation. I mean, there is no more looking back after the 61st Gate. When we get into the 60 and I'll cover it later this week, we get to a place that is very much like the stationary movement of a planet, that is, what appears to be a stationary movement.

It doesn't appear to be going direct or retrograde, and it is very much what the 60th Gate is. The 60th Gate brings everything into a lock so that a new portal can open up for a new experience. So here and now, today, tomorrow, as long as we have the Sun in the 61, listen to your body, listen to your body in terms of what it has to tell you about what you have been through in this cycle and what it has meant in that sense. Obviously, this is something that only works if you have those in your life that are capable of asking you those things, or you have the serendipity in your life, that this is a timing where that is intended to be. As a matter of fact, this is the kind of week, on the mundane plane, because people have been away on vacation and holidays and all of these things, where one of the most common questions that is asked was, "did you have a good year?" You know, so there are opportunities that are laying out there that the not self will be happy to deliver as a potential for you to get your own truth.

NEW | The Rave New Year Forecast 2022 includes transits by Planet, Center and Gate. Learn to recognize your personal connections to 2022’s Design, and how these connections will impact your daily life.
$37.00
DETAILS ADD TO CART

Explore the significance of the planets on your day-to-day life. Learn how to see and get attuned to the transit field.
$21.00 $37.00
DETAILS ADD TO CART