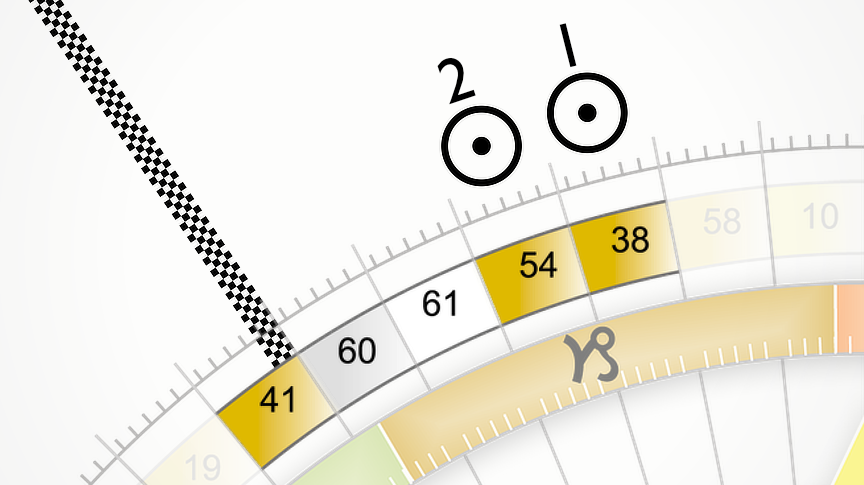 History is full of calendars. As a matter fact, history is rooted in all kinds of calendars. The Gregorian calendar that most of the Western world, and the world of business, pays attention to has it’s so-called New Year on December 31st. From the moment I was given the knowledge, I began this very long process of trying to get as many people as I could to understand that December 31st, though it is the end of a calendar sequence, is not the end of the solar cycle.

You can also listen to Ra discuss this topic:

We are a planet, after all, that is totally dependent on the grace of the sun. We orbit around that sun, and we live within a solar-conditioned field. When you look at the way the sun operates in terms of the Rave Mandala, one of the mysteries, and one of the beauties, is its integration with the I’Ching, and the I’Ching’s profound relationship to what we call genetics.

Fundamentally, when the Sun enters the 41st Gate (this year: January 22, 2023, 06:38 AM UTC), this signals the beginning of the Rave New Year. That 41st Gate is quite extraordinary. In its relationship to genetics, it is the only initiating codon. If you think about genetics as being written out as an alphabet, the very beginning of any genetic sentence, in fact every genetic sentence, would begin with the 41st Gate. It starts everything.

When you look at the 41st Gate within the BodyGraph, you see the essential purpose inherent in it. The 41 to the 30, this Channel of Recognition that leads into the 35-36, the Channel of Transitoriness, these two Channels form a stream called the Human Experiential Way. Every January, as the Sun enters the 41st Gate, we initiate a new human experiential cycle on this plane.

For so long, there has been this pop-culture thing about the dissolution of New Year's resolutions and the impact that has on the psyche of people. What I'm going to show you are the stages of what leads up to the New Year; in other words, the way you complete the cycle. And it begins with the Sun in the 38th Gate, the Gate of Opposition.

When the Sun is in the 38th Gate, that is when we have our calendar New Year. The opposition of the 38th Gate is the 39th Gate, Obstruction, which is a deeply provocative energy. It is energy that can create dilemmas and situations, not an energy that is there for completion.

You can tell when you get to completion because the Gate before the 41 is the 60th Gate, called Limitation. That's the completion, that is the end of the cycle each year - not the 38th Gate, when we have our calendar New Year.

Tension. The 38-39 opposition is part of a Right Angle Cross called the Cross of Tension. There's more tension being put out there on so-called New Year's Eve than anything else.

The process begins with the 54th gate, the Marrying Maiden, the Gate of Ambition. The 54th Gate carries a fourth line which is deeply mystical: Enlightenment/Endarkenment. The moment the Sun enters the 54th gate we have a stage in which we really need to look, and to look clearly.

The 38th Gate points us towards whether we have found purpose in this life, and not so much in the life, but in the previous cycle. At New Year's eve, the energy that's really there is not about celebrating and looking forward to the future; it's about looking back and seeing. Did it work? Did you find purpose? Did you find your spirit? The 38-39 polarity, this is the beginning of closing down the cycle, and you begin to look back at that point. Was there a purpose? Was is it something that was fulfilling?

Then we enter into Gate 54 with a Gate 53 opposition. That 54, the ambition, the transformation, is about beginning to look forward. Who are my best allies? Who were those beings out there that I can work with, trust, rely on? It’s a key to ambition and transformation, and its polarity is the 53rd gate, which is about beginning things. This is the way the cycle unfolds naturally.

With over 30 years of combined experience, Dharmen and Leela explore the year ahead and provide us with a practical and methodical tool to assess and navigate the upcoming changes.
$37.00
DETAILS ADD TO CART

Peter Schoeber’s Quarterly Transit Forecast offers a 3-month look at the planetary forces at work, their conditioning influence, and how to be prepared for their impact on our lives and the world.
$37.00
DETAILS ADD TO CART