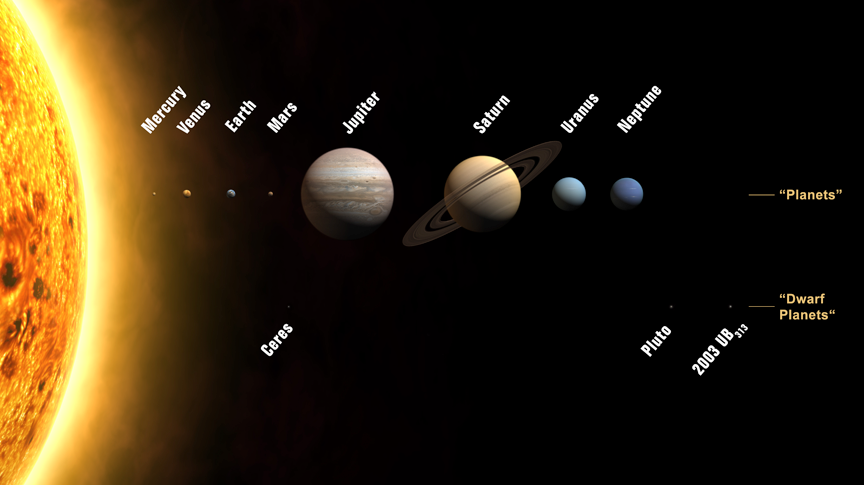 When I first began to think about doing this segment every day, I thought about the advantages of being able to do things in real time, to be able to talk about energies that are impacting all of us in real time. And yesterday was, well, if it hadn’t been so confusing and stressful, it would have been hilariously funny all along.

Let me explain. Transits are one of the most important aspects of Human Design. Particularly when you’re entering into Human Design, it’s very difficult in the beginning to find those around you that can really help you in your process.

The world is filled with the not-self. And you need to be able to experiment in Human Design in order to really grasp that this is something that is absolutely legitimate despite what appears to be the simplicities of strategy. To really understand the nature of conditioning as something that is not theoretical, but something that you feel physically, it’s the value of the transit field.

It was my first teacher in Human Design, in the sense that I was all alone with the knowledge and certainly did not know in the very beginning whether this was something that I could trust.

If you have a mystical experience, if something is revealed to you, we live in a modern age in which these things are questioned. Is it something that is the by-product of this or that... or whatever the case may be.

In my own process, it was my relationship to the Moon. It was the easiest thing and the quickest thing for me to work with.

The Moon goes through all of the Gates within a month. So it was possible for me to measure the impact of harmonic Gates. That is, Gates that I don’t have activated being activated in forming a Definition with a Gate that I have activated in a Channel.

From the very beginning, from the launching of the very first publication in Design in 1992, I created a Human Design ephemeris in order to be able to give people the opportunity to be able to have that same personal experience of conditioning.

You see, we’re conditioned all the time with everyone that we meet. And yet, auras, human beings, are very complex. That even though we’re getting a specific activation in a Channel that suddenly creates a Definition, we’re also getting many other things, and it’s not so easy to discern that.

In the transiting of the planets we always have this opportunity, and some of those opportunities are enormously lengthy. As with the outer planets, Pluto, taking years and years and years to move through a hexagram, and how profound its impact can be on your life.

It’s also important to recognize that in being able to understand that we’re going to be programmed by certain agents, does not mean we can reduce this down to some kind of soothsaying, because it’s not a matter of soothsaying.

I have always referred to neutrino forecasting as just that—forecasting. You know, it’s the weather.

We have a real advantage, all of humanity is caught up in wondering about the weather, and we do so in order to be prepared. But beyond the Boy Scout advantages of being prepared for whatever the program is going to deliver, is also the ability to see the impact of the program around you on others.

60/3 - Channel of Mutation - Defined through Transit

Yesterday (February 5th, 2004), I was going to take this introduction about the nature of transits and talk about what it’s like to have a Definition provided by the program—Mercury in the 60th Gate, Mars in the 3rd Gate.

Now, that transit is going to end later today. It was a phenomenon that was going to last two days, yesterday and today, approximately. 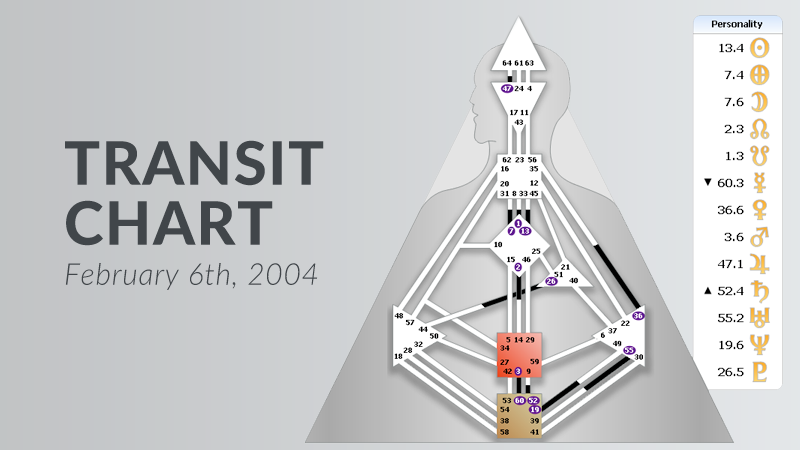 One of the things to see very clearly is that when a whole Channel is being defined by the program, that every single human being on the planet, all 6 billion of us, has that as a background frequency, all of us.

And, one of the things to be clear about is that not all of us relate to that background energy in the same way. If you don’t have anything in this channel, it really is a background. It’s the environment around you. It is a flavor, if you will, that seems to be moving through everything, underlying things.

But, if you’re somebody that has a Gate in that Channel, then not only are you meeting the other end, but you’re meeting the other end and where you are compromised. In other words, this is an energy that can impact you quite strongly and pull you in a specific direction.

Now, think about this Channel. The 60th Gate is the Gate of Limitation and the 3rd Gate is Difficulty at the Beginning. They’re both individual Gates. They both form what is called a format energy. That is, the Channel of Mutation between the root center and the sacral.

We have three format energies. Basically what they represent is certain kinds of frequencies:

What we have with Mercury and Mars is that we have the Channel of Mutation:

It’s one of the things to understand about individuality within the context of Human Design, is that individuality is mutative. And as such, it seems to be uncertain or indecisive.

In other words, that for the knower there’s no knowing until you know. You can’t pretend you know. You can’t logically try to see or abstractly reach that point of knowing. Knowing is something that either happens or it doesn’t happen. And it’s a spontaneous mutation.

Yesterday I was going to discuss the fact that, having a Channel of Mutation as a background vibration, all kinds of things could happen. What happens with mutation is that mutation brings, first and foremost, confusion. 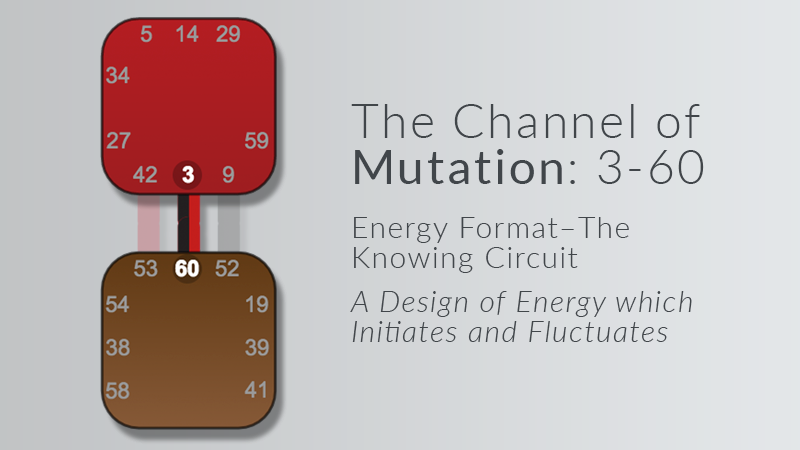 That is, it brings things that are out of the pattern, or out of the focus, they’re out of the frequencies of the collective. In other words, they don’t fit in. The collective is Solomon’s world where nothing is new. And the moment that you have the 60 and the 3, there’s going to be many, many beings on this planet—after all, it’s impacting everyone—in which there’s really going to be a mutative event with a by-product of confusion.

Well, boy, did I have that. I started to do my recording, and when it was finished I began to save it so that I could upload it to the web so that you could listen to it, and my computer crashed. It wasn’t that it just crashed. It was the third time my hard disk had crashed in about 5 weeks, which ultimately had to do with some very mysterious connections between electricity and water in my house.

But anyway, so there I was yesterday, unable to get the daily view up. Not knowing whether I could even get my computer functioning again. So there was the 60 and the 3 at work. Now, I’m a 60. I don’t have the 3. So this frequency literally was able to, in that sense, grab me and bring me into a field of real confusion; the confusion of what to do, and whether it was going to be repaired, and so forth and so on. And taking me out of my normal pattern to run around like mad to try to get it all repaired. As you can see, fortunately, I was successful.

The point is that when you have a background frequency like this, there are those that are going to be impacted. And knowing that was there in the moment that my computer crashed, aside from the binary of one side of me being absolutely annoyed, the other side of me was giggling.

After all, this is a very, very, very perfectly funny example of what goes on in the day-to-day basis within the nature of the program. By the way, the by-product of that is that certain things in my computer now function much better, including the audio capabilities of the computer.

Three Aspects of Transits - You, the Other, and Birth

One final thing, remember that in thinking about any kind of transit our tendency obviously is to personalize it... there are three things about a transit...

And as I said, if you’re new to Design, it’s really important to experiment with what happens to you and to go through this process of beginning to attune to the programming field.

You know, somebody has something explode into confusion today, it’s very easy to say to them, look it’s ok. It’s not really that serious, it’s really the energy that’s there. And there’s a part of you that can know that that’s why it’s going on.

So it’s very transforming in the way in which you see the not-self around you being totally absorbed in the conditioning that’s brought to it.

In other words, in these two days, not only are we dealing with personal cause and effect, personal consequences of our connection to this programming agent. But to recognize that this is something that’s going to be alive in the world, and that a whole mini-, mini-, mini-generation of children is going to carry this frequency.

The Rave New Year Forecast 2021 includes transits by Planet, Center and Gate. Learn to recognize your personal connections to 2021’s Design, and how these connections will impact your daily life.
$57.00
DETAILS ADD TO CART

Go on a journey of our evolution from beginning to end. This is the only course that explains the sequencing of the 64 Hexagrams around the Rave Mandala and provides an in-depth explanation of each Gate. Now includes eBook.
$197.00
DETAILS ADD TO CART