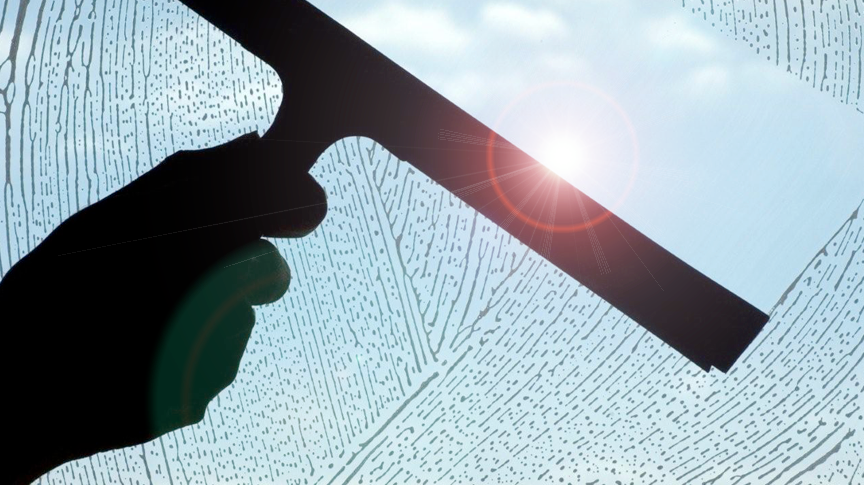 I remember the first time Ra told me “You’re so clean.” I was about 2 years in my experiment and we were sitting quietly for awhile during a class break. My body would leave the room as soon as he would say “15 minute break”. And I would find a place outside and whenever possible let the sun shine on my face. I needed the sun in those days more than I needed anything else. Often, he would come and sit next to me. I had stopped going towards him since he told I had to wait for things (and people) to come to me so that I could respond.

I took that information deep into my cells and would not even initiate talking – especially with a Manifestor. So even when he sat down – I didn’t say anything. He’d start talking and sometimes my sacral responded to what he had to say. Sometimes he’d ask me a question and I would respond. Often, nothing was said.

This one particular time – he just looked at me and told me that I was clean. I knew what he meant and it had nothing to do with whether I had taken a shower that morning. My energy was clean and it was getting cleaner with each month and year I lived as myself. My frequency was shifting from a distorted signal to a clear vibration.

There is something quite beautiful in the process of deconditioning. I often refer to it as cleaning out the open centers – cleaning out all the stuff that went into these centers and got stuck in there. In addition to things getting stuck in there, my behavior was that of amplifying what I was taking in. So I was highly emotional – taking in the emotions of everyone around me – identifying with them as my own – and amplifying them outwards. Doing this, I sent out a very distorted frequency. Like the old radio dial that you move to try to get the clearest sound. My behavior was not clean. It did not represent who I am.

My strategy of waiting to respond – and not initiating – allowed the deep cleaning to begin. By not rushing towards things, I stopped an old ingrained habit of trying to make something happen. And of course, it was my mind pushing me towards this and pushing me towards that. Then by making decisions based on my inner authority - this added to the cleaning process. Before living as a Generator, I used to be nice. It is a typical symptom of an open Solar Plexus Center. I never would say no to someone as I didn’t want to upset them. On top of that was the deeply buried need to prove my worthiness from my open Heart Center – so I would offer my help or support to my friends and family. I did this to prove I was a good daughter, sister, friend, mother, lover, worker ... the list is endless. This all added to the distortion of who I was. It was not clean - not clear.

The one thing I knew from the beginning was that I could never give a reason to my sacral sounds. Someone would ask something – and a sound would come out. The person asking and I heard it at the exact same time. I never knew before the other what my response would be. This is different with other types of authority and decision making processes. But for me, with Sacral Authority – this was how it operated. I found that when I responded “ahunh” (one of the sounds for yes) no one asked why. But when I responded “unun” (one of the sounds for no) often people would ask me why. Oh how my mind wanted to give them all kinds of answers. The mind loves to justify, give reasons, explain and all the things that it is always trying to do. But the truth was – I had no reason. The sound came out – and all I knew for sure was that it was not correct for me. That was all I could say.

By not giving words to explain the response, there was no fight. I did learn (especially in the beginning) to add that it wasn’t personal to the person asking – that it was just not correct for me. In a way, I was saying “yes” to myself – even though it was a “no” to the person asking. This helped to soften a bit the powerful sounds of no that came out of me back in the beginning. It was as if there was a backlog of years and years of no’s that never were allowed out.

Not giving reasons – not going into long explanations about why I said no to something – kept the energy clean.

I love the metaphor of the vehicle (the unconscious/the design) and the passenger (the conscious/the personality). Sitting in the back seat before design – the windows were so dirty – I couldn’t really see what I was meant to see. Living my experiment was like taking a big roll of paper towels and some window cleaner and beginning cleaning the windows of the back seat. In the beginning, it got even worse. Everything became smooshed together. You know what it’s like when you spray some water on muddy windows and start wiping them .... it gets even worse. But after time, you get to peak through some places where the glass it clear – where the glass is clean. And then after 7 years, the windows are clean and you’re sitting in the back seat and finally for the first time – you get to see life as yourself. You get to see from your very unique view. No one else can see what I see. No one else can see what you see. We can share our seeing and enjoy the differences and the similarities – but we will never see the same.

To be clean is to live as yourself – not through a distorted field. To be clean is to interact correctly with others – especially other types. To be clean is to not let the mind give reasons to people as to why you say “yes” or “no” to something. By doing so, there is no resistance. There is nothing that someone can poke holes in – and then the mind either becomes defensive or insecure with the decision from the inner authority. Live your strategy. Stand in yourself – in your truth – in your uniqueness. Be clean in your interactions with others. Don’t allow the mind to interfere with your inner authority – or your decision making process. Stand in your “yes” and stand in your “no”.

It takes time and yes – some people may fall away in the process. But the people who remain and those who come – want you to be you. You end up loving yourself – loving your uniqueness. And the people in your life – end up loving the real you. It’s not easy to get out of the old patterns of behavior. But once you begin to live naturally as yourself – you realize that you used so much energy to keep that all going. You carry a weight – a burden – a heaviness – in all of that. When you relax more into who you were born to be – you become lighter and life is more of a flow. And it takes no energy at all to be you ... because it is who you are and it is as natural as breathing.

The Mind Moves Between the Two

As far back as ancient Greece man has been investigating the human mind. Socrates, Freud and countless others studied the very complex and mysterious mind.

Living in a Competitive World - The Open Heart

I have often heard it said that competition is healthy. Well, healthy for who? Not for the person with the undefined Heart Center.

The Not-Self! What is it?

What is the Not-Self according to Human Design? Is it a bad thing? No. Is it a good thing? No. It just is. It is something that we live with, that we co-exist with.

Not-Self Purpose - Or the Madness of Being Normal