Waiting is the Space between Particles 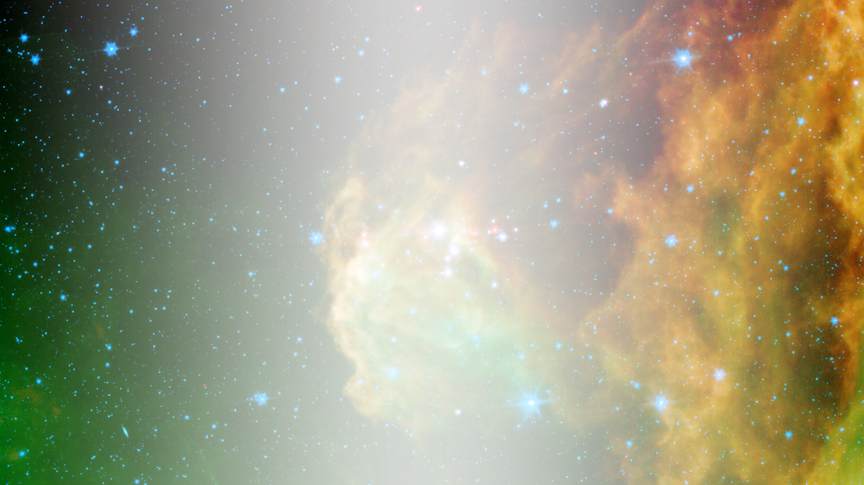 Just finished an incredible workshop in Sedona. So much of the experiential work is about sinking into “waiting”. How quick strategy can be given in a reading or in a class. Wait to respond. Wait to be invited. Wait for emotional clarity. Wait for a lunar cycle. It can so easily become just a word but it is so much more. Everything begins with waiting. Even non-emotional Manifestors need to wait before they initiate so that they can inform those people in their life who will be impacted. “Waiting” pretty much covers all of humanity from a Human Design viewpoint.

Waiting. How hard it is to wait. Just go to any grocery store with a slow cashier and a long line. Or a traffic jam. Or delays at the airport. Or a busy restaurant. No one likes to wait. Yet, here with the different strategies – waiting plays such a key role. Yet it is so easy to gloss over the “waiting” and just concentrate on how to get to the “doing” part. So the waiting is to get to something else - “to respond” or “to be invited”. Waiting: my god, just think about that for a moment. Do you know anyone who enjoys waiting? Who is tolerant of waiting? Who wants to wait for anything?

Waiting is truly an earth shattering revelation. Such a simple word - such a simple concept: "wait". I know for myself I had never waited for anything in my life. In fact, I wanted everything yesterday! I spent my prior life going after everything I had ever wanted. I did everything in my power to make something happen as quickly as I possibly could.

Waiting is not fun. I hated to wait. Before design, my impatience was so great that my Swiss husband used to get really upset with me and would call it my "New Yorker" attitude. I was born in New York and spent all of my life there until my late twenties. But it was not simply because I was from New York. It was all this energy inside of me that wanted to DO something. And man, did I do. Doing was basically my life before Human Design.

I saw that the problem in the beginning was that I was so busy with my life that there was simply no time to wait! I was so used to initiating that it was my way of life. I saw clearly that my mind had gotten me involved in so many things that my energy never said yes to. That was a frightening thing for me to consider.

Waiting is not something that comes easy. It takes practice. The strategy includes the word waiting yet we can still end up rushing looking for something we can respond to (I did this one!) or doing everything we can to get invited to do something. This still has the energy of going towards something. What I did in the beginning of my experiment – as a way to stop that old habit of going towards things was to practice waiting any chance I had – in stores, in traffic, in cafes …. there truly are endless opportunities to “wait”.

With this practice, something started slowing down inside. The usual going towards started to disappear. But it’s hard to wait. To the mind it seems like nothing is happening. Yet, I began to see that this was not true. Waiting was a very important part of my process – not waiting for something – just relaxing into the waiting. Somewhere along the way – waiting became “being”. Just being in my life as myself.

Waiting in itself is so alive. It’s not static. For me, it is one of the most important aspects of the experiment. But the mind cannot grasp waiting. It pushes and pulls and wants everything to happen as fast as possible. The mind does not allow the unfolding of life. The timing of the mind has nothing to do with the Timing of the universe.

As I mentioned, we just finished a workshop where much of the experiment was about sinking into waiting. It was towards the end of the week and this incredible Projector (who had only met HD one month before) looked like he had “seen” something. He didn’t ask to say anything – I could feel his “seeing” in my body. I asked him what he saw and he actually didn’t speak right away. I said “I really want to hear what you have to say”. And he said “it’s about quantum and waiting”. I said I didn’t understand quantum and could he explain it. He then said “Waiting is the space between the particles”. I never have had more than 3 strong “ahunh” (yes) sounds in a row. But what came out of me was like an explosion of truth. I think there were like 6 or 7 sounds for “yes” pouring out of me. What my sounds mean for me as a Generator is that I resonate body and spirit (conscious and unconscious) with what is being said. In that sense, I get to see my own truth. THIS was my truth. Waiting is the space between the particles. It was as if my spirit had an orgasm.

My mind knows nothing about physics and especially quantum physics but I got very interested in it after this moment. So I started to research a little bit. And I did grasp something that I would like to share here. I don’t know what my sacral responded to – and I don’t know what the Projector meant with his statement. But what I see is something of a metaphor and I have no idea if it relates in any way to physics. I just enjoyed playing with it all!

In a solid, particles form a compact structure that resists flow. I found that really interesting. The less space between particles – the less flow. Particles in a liquid have more energy than those in a solid and there is more space between particles. That really went into me. I began to wonder about strategies especially those with waiting in them. I wondered about aura and particles – this invisible world that we live in that if we could see it – we wouldn’t be able to see anything else. I wondered if relaxing into the waiting actually allows more space between particles to exist. And if this is true – then we no longer resist the flow as in the “solid” state but end up becoming the flow by waiting and become more fluid in the movement of our life that is not controlled by the mind.

Particles in liquids can flow past one another, but they remain close. Then there are the particles in a gas and these have the most energy. They move rapidly and are separated from one another by relatively large distances.

The forces that quantum theory describes are the electrical, the magnetic, the weak, and the strong. Physicists refer to these forces as interactions, because the forces control the way particles interact with each other. Interactions also affect spontaneous changes in isolated particles.

Wow! That’s all I can say. I love to wonder and I couldn’t help wondering about all of this. Looking at it through my simple eyes – I looked at the waiting first within myself and the space that created. And sometimes the liquid flow becomes more like gas where everything moves really fast. Yet it was the part about the forces of electrical and magnetic, weak and strong – and their interaction with each other that had light bulbs going off inside of me. Is this mutation as we know it in Human Design? Quantum physics says that these forces control the way particles interact with each other and that these can affect spontaneous changes in isolate particles. I wonder if this is what happens when I feel like my cells are re-arranging inside. It’s physical and more. I almost feel myself as electric – it has such an intensity to it. Particles interacting with each other based on the forces of electrical and magnetic that affect spontaneous changes.

This for me is mutation. We cannot mutate alone. It is when forces interact – that true change occurs. Not an improvement on the old – but something totally new – never lived before.

And for me, everything began with “waiting”. It is the space between the particles. It allows us to move from solid – resisting any flow – to liquid and even at times to gas. It brings interactions beyond anything we’ve known before. It is the mystery and magic of living life as oneself.

Before Human Design, I had been a seeker. This searching took me to India where I encountered for the first time the word “Enlightenment”.

Learn what it means to have all 9 Centers of the BodyGraph open and how this openness allows the aware Reflector to sample Auras. Discover how the rarest Type finds their truth through the cycles of the Moon.
$19.00
DETAILS ADD TO CART