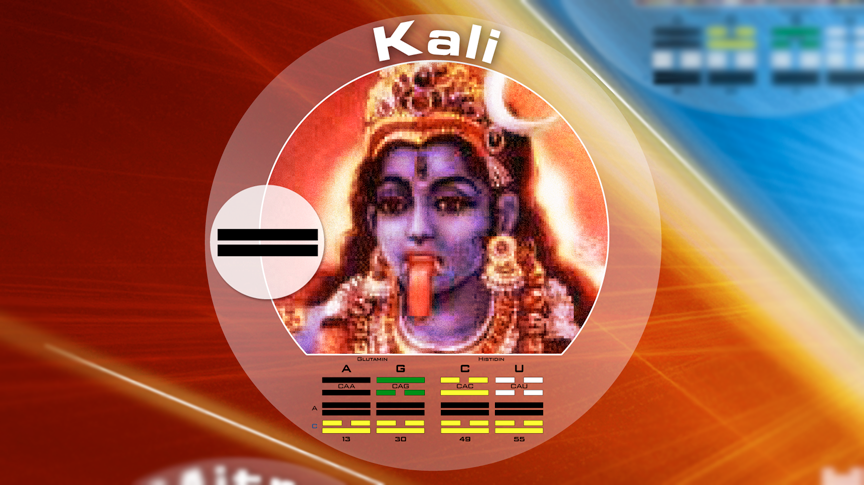 A couple of weeks back, as the Sun entered the 41.1, we entered into a new Rave Year Cycle, which reveals the main imprint that is going to condition the overall ‘Ambient’ in the solar frequency of this year 2013, but in a few days, as the Sun passes from the end of gate 19 – Approach- which is the last gate of the Quarter of Mutation, into the 1st line of gate 13 - Fellowship of Men – which is the first gate of the Quarter of Initiation - what we are starting is another yearly incarnation cycle, in which the daily power of the Sun will update the complete repertoire of the human Catalogue of roles that are available in the chemistry of human genes.

Like the blossoming trees, the river of Life does not bring humans on a one by one basis, but upon a diversified stream of delivery where the waves in the neutrino ocean mark the ‘higher’ purpose of the potential ‘uniqueness’ that can only be perceived as it is consciously realized as ‘I am’ in each human personality. The combination of our body’s genetic predisposition to differentiate and our personality’s potential for the perception of its uniqueness establishes the main cognitive framework of who we truly are as original human beings (who we could be).

In parallel to that, we have a yearly mythological program running that also reveals the way in which the average human personality has forever been carried away by the conditioning power of the mythological forces that have always controlled, conditioned and imposed the development of homogenized strategic human consciousness (what is normally lived out) as a way to survive as a member of the species.

From the perspective of a personality that is awake, there is no choice, and it has always been like that. From the perspective of the Body, choices simply don’t matter, and we know that for a fact. For the last two years I have been introducing students in four different languages to the distortive power that these conditioning forces have always had over the human personality. These forces were keynoted by Ra Uru Hu as ‘The 16 Faces of the Godhead’, and he thoroughly taught them himself in two outstanding semesters along the year of 2007 (original recordings of this master piece are available here).

As a way to keep my own consciousness on alert of the program and not get mentally lost in the homogenized movies of the material plane, I intend to share with you a few keynotes now that the Sun has shifted into the field of a different ‘Face’. Just enough to give you a sense of what to look out for as a background frequency in the way your mind focuses your own sense of ‘humanness’ in the perception of Self (I am) that you wake up to every single morning.

In this transition that I described above, the end of the Quarter of Mutation is in the transitional gate 19, but this End holds in the previous step of gate 41 already the sparkling fire in the genius of human inventiveness, as it also turns the wheels of desire and nourishes the illusory promises of an eternal ‘fresh beginning’. (Do not miss out on checking to see what the combination of these two forces does when their 8 gates are transferred from the Mandala to the Rave Body Graph).

It represents the human yearning for something that lasts beyond the mundane experience of this plane, and every new human life that is born is immediately conditioned to surrender to the blind release of the emotional power that limits the horizon of individual awareness in the defence of these homogenized dreams, in whose name simply way too many have died.

The embodiment of this principle we find in those who have made it into the pages of history, after making it to the top of some strategic ranking, and whose principles and unfulfilled dreams are still conditioning the way humanity looks at itself. The most hideous embodiment of these conditioning principles we find in those that represent them in our daily lives, particularly when we meet them during the first seven years of our development.

If we just string the most basic keynotes together of what is processed by the chemistry of these four gates, we get a very crisp description of what the conditioning power is of this force that we call Kali. What we have is a direction of the past (13 - Mind/Initiation) that conditions human behaviour by rejecting (49) to share the feelings (30) of an indecisive (55) Spirit.

It is here that the power of the Solar Plexus expressed its absoluteness in our evolutionary past through the power of destruction in defence of tradition (13), God (49), virtue and purity of mind (30), and devotional ‘Love’ (55).

These four gates are the glue that held the emotionality of human beings veiled under layers of primitive hormonal power and sublime romantic ideas about spirituality and esoteric superstitions about the fates and the ‘otherworldly’.

Obviously, this force that appears in disguise of a dark lady is quite an emotional bomb to serve for anyone, and those that are carriers of any harmonic gate to the theme of Kali (gates 33, 19, 39 and 41) should specially beware of the power of these primitive emotional drives to distort their perception during these coming 3 weeks and fool them into identifying and trying to establish some irreversible decision based on some emotional absolute.

It is always good to follow strategy and authority, but the price to pay in not doing so is particularly expensive during this intensely emotionalized time of the year. This is a time for ‘letting it be’, which is the only thing one can do with the past in order to simply learn from it while you continue to watch the Valentine’s movie.

Valentine’s Day is widely known as the love holiday. Human Design takes a look at what drives us to be intimate, and how February of 2027 will mark a new era of love and bonding.
$47.00
DETAILS ADD TO CART