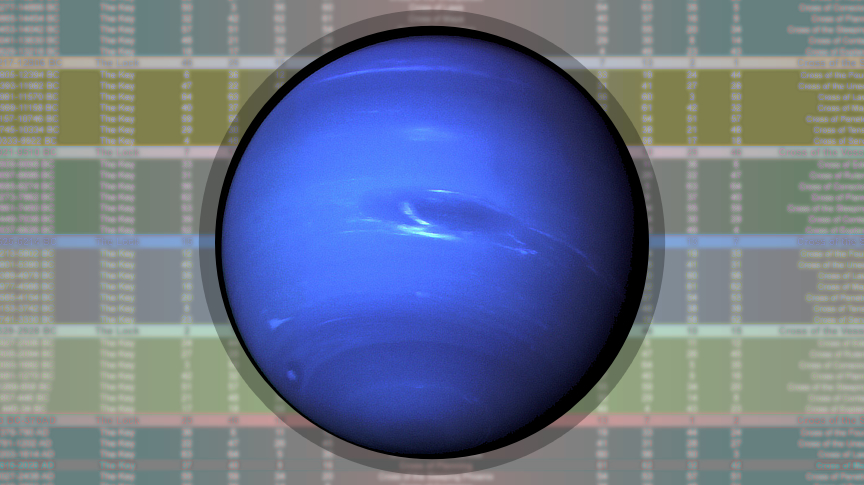 Neptune’s role in The Program is deeply veiled, working below the surface of the Gate at the genetic level; while at the surface, this planet puts forth an illusion, a glamour, that is often misinterpreted by the mind and the collective unconscious and filled with misinformation and misdirection.

Once we can cut through the illusion, and see behind the veil, Neptune can reveal deep mystical truth. Neptune’s role in our personal Design is to provide what is hidden, what is beneath the surface. It is the planet of deep mutation and provides data that is not logical or linear, that is not to be figured out, but experienced. This planet represents the continuity and depths of the genetic pool.

Examples of how Neptunian changes can be seen at the surface over the past 10 years:

When we look at Gate 49 and Gate 55, we see there is a chemistry involved that is unique to these two gates: the chemistry of Histidine, which is the catalyst for the upcoming changes in these Gate energies. Histidine, as a building block for the body, protects the nerves’ myelin sheaths. It is the chemical of sexual arousal and produces the red flushing of the skin and swelling of sexual excitement. It signals allergic reactions in the immune system, triggering the release of histamines. In other words, when Histidine begins to mutate, changes will impact the functioning of our nervous system, of sexual arousal and fertility, and produce an increase in allergic responses. 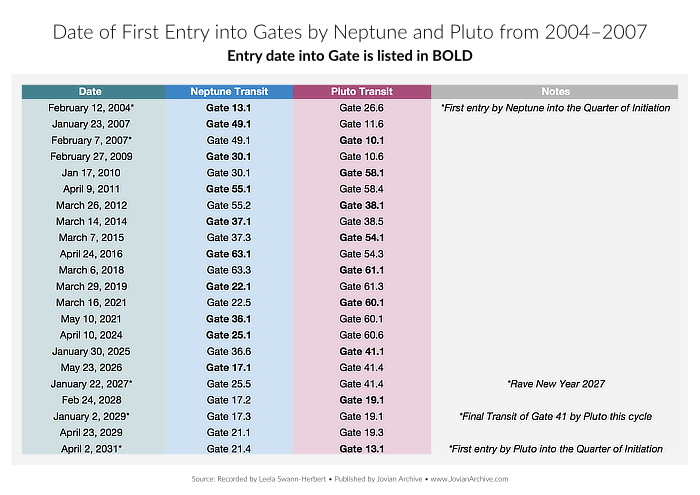 The transformation of our sexual roles and fertility has been well documented since the 1960s as we entered the last line of the global cycle of the Cross of Planning. We can chart the changes in the nuclear family, the declining birth rate in many countries, and the inclusivity of same-sex marriages and gender fluidity. However, the increase in momentum in the past 10 years is significant, and potentially related to Neptune’s mutative work.

Perhaps the most significant recent data on our fertility is that according to the CDC, there are now more children born to parents over the age of 30 than to parents in their twenties in the US. The genetic imperative is weakening as adults are finding education, work and lifestyle choices more appealing than becoming parents at a young age; and many are choosing not to reproduce at all. This has added significance as a recent UK study shows incidence of autism in children is higher if at least one parent is over the age of 35.

Children born with Neptune in Gate 49 will be 20 years old in 2027. These children will carry that genetic mutation in their blood and pass on their genetics to their children and grandchildren; we are looking at the first generation that will have the potential to be the parents and grandparents of the Rave.