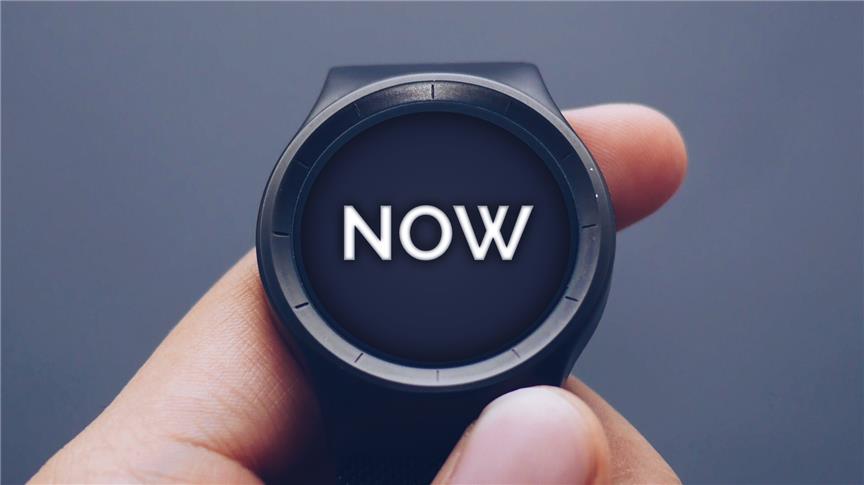 I think it really became popularized with Baba Ram Dass, this: be here now.

And I think that like so many concepts that become generalized, it's something that's really not understood and because it's not understood, a lot of people suffer as a result of it.

It seems like a valid concept, that is, we are here now in a sense, and to be here now is something that seems to be what the story is about.

Unfortunately, though philosophically it sounds really nice, if you look at the mechanics in Human Design, you see very clearly that there are certain people that are designed to be so-called existential — people that in the purest sense are here to be here now. Particularly, for example, integration people with expressions through the 20th Gate, or people with the Channel 46 - 29 which has a very deep existential quality to it of just being here.

Not all of us have the mechanical capacity to be here now but we all can be present. And being present is something that's very different. You see, the be here now is about you being involved, but that isn't what it's all about.

I think often there's a great deal of confusion about what I mean when I ask people, in a sense remind them, to love themselves. Self-love is really an incredible thing; I think it is one of the rarest things that we have on the planet.

I've seen so many seekers at this point in my career that in some ways, it's disheartening. There is a Channel in the BodyGraph, the 11/56, which is the Channel of Curiosity. It’s the Design of the Seeker...

Outer Authority: The Truth About Mind

What is the Purpose of Mind? Discover the true role of our Mind in the journey to Awareness.
$47.00
DETAILS ADD TO CART

Do you want to learn the basics of Human Design? Join Ra as he breaks down the 4 essentials of a BodyGraph that point to simple decision making.
$197.00
DETAILS ADD TO CART