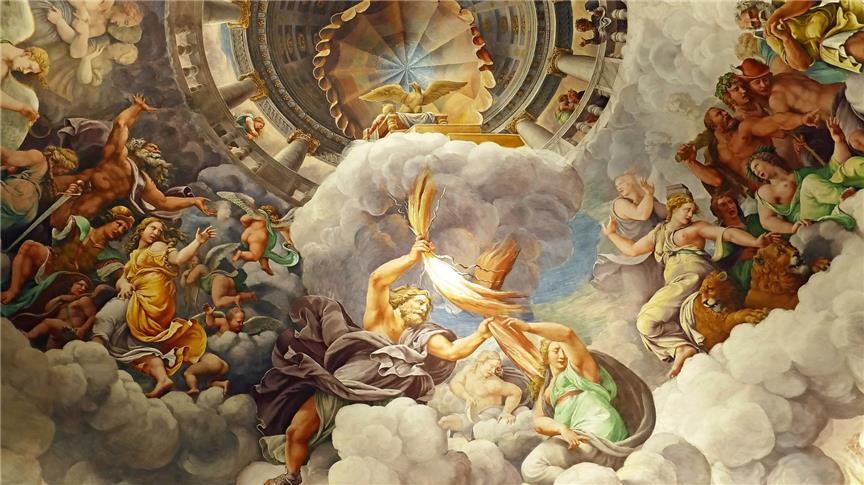 Something very profound to understand about our ancestors is that you have nothing in common with anyone born before 1781, despite the illusion. You have a totally different inner system. You're wired differently. We may look similar on the surface, but we are not. And the difference isn't simply that we are wired differently in the infrastructure, we are biologically different.

So, think about these ancestors of ours, these precursors, who were only Left, penetrating the world, and strategically trying to ensure their ability to maintain the stability and the well-being of their form. What did they give us? They gave us a conquered world. They gave us God. God belongs to the strategic seven centered beings; they created it, they worshipped it, and they died for it. It is their strategic element, a goad, and a focus. Trust in God but tie your camel to the tree.

We Are Not Seven Centered

One of my favorite jokes about seven centered yoga is that it’s how to keep your body in line with being a seven centered being. Yes, yes. Homogenization has funny twists and turns to it. The dilemma is that we are not seven centered at all, and we are not in any way strategic in the sense that they were. We are a transitional form, we are this and that. And we are something new.

Excerpt from Jovian's latest release: Godless Perfection - Not the meaning of Life but what Life can Mean

It’s extraordinary, this search, and we see it in so many ways. Whether you see it as esoteric, New Age, counterculture, traditional, this and that and all the various things, this is the end of it.

I was given the design, or mechanics, of the various forms: the forms of bio-life, inanimate forms and trans-auric forms. I was also given something else: the knowledge about the mechanics of death.

How does giving our authority over to “God” keep us from fulfilling our potential? Join Ra in this newly available lecture that explores what it means to be nine-centered beings in a seven-centered world.
$37.00
DETAILS ADD TO CART

How did the movement from five-centered, to seven-centered, to nine-centered beings impact humanity? Join Ra in exploring the influence of God, morality and religion on your journey to live your Design.
$37.00
DETAILS ADD TO CART

The Seven Centered Being

Gain insight into how we have been conditioned by the Seven-Centered life to be mentally strategic and fear-based, and how we can move beyond the not-self world.
$37.00
DETAILS ADD TO CART

Magic, Design and the Inanimate

This is a unique exploration of humanity’s relationship to the Inanimate, the most basic of the Design of Forms.
$17.00
DETAILS ADD TO CART

The Nine Centered Being

How have we evolved as a different species from the Neanderthal? Journey through mutations of our visual cortex. The nine-centered being is designed to have its own Authority.
$37.00
DETAILS ADD TO CART