Jupiter in 25: Into the Unknown 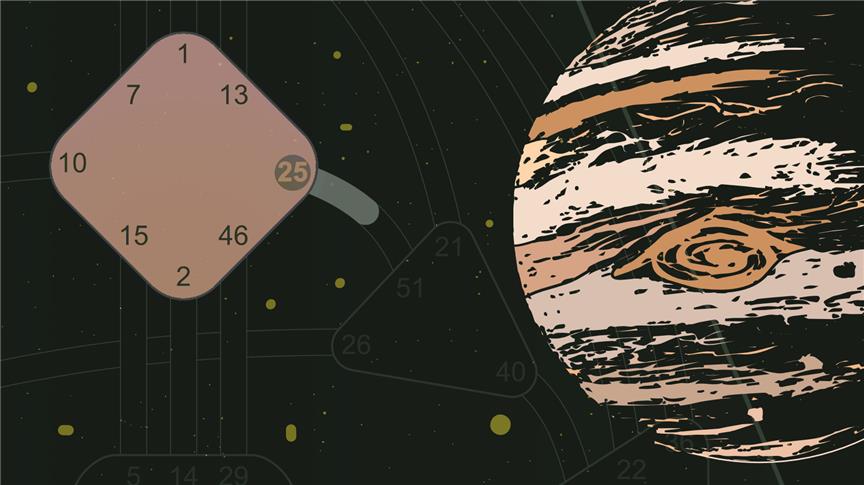 If you look at the Channel, the Ego connected with the G, this unlikely connection, what does the Ego have to do with the G? The Ego brings an energy or a power and the G brings an identity or a direction. And yes, I know it is also a Gate of love, but this is such an impersonal love that while we are talking about the Collective, we really do not need to think about that. I do not see any encompassing, impersonal love.

So let's stay with direction. What is the direction here? The Innocence, the direction is to the true self, but the true self is hidden. Practically nobody has any idea about the true self because there are so many layers. They have been collected along the way that it is deeply — it's like if you would wear three coats at the same time, then it's very difficult to see what skin you have. And in the most basic understanding, Innocence is that you just are who you are, so without masks, without hiding or disguising. But even if you want to be in that state, it's very difficult to arrive there because of all that conditioning that we have gotten through our life.

So what then brings us in contact with that, it's the shock of Initiation. In the shock of Initiation, you go into the unknown, to a place, metaphorically speaking, you have not been before. And in that unknown, there is no conditioning you can consciously or unconsciously use because for the unknown there is no textbook. And that is why in the unknown you somehow will get in touch with yourself on a deeper level. I would say there are many layers of that, but on a deeper level. And now let's translate that to society, then what remains is we are moving in that direction of the unknown. But not as you and me only, as the whole planet, as the whole country, as the whole city, as all these huge entities we have created. So these are our three constants.

So it's about direction. And both Gates, the 2 and the 25 are by their nature Individually mutative. So it's about a new direction that leads into the unknown. And in that unknown, we will as societies and as individuals, let's say, get deeper in touch with who we are that can lead to all kind of experiences. I would say by leading into a new direction and finally moving into the unknown, a lot of masks will fall. So that will be a very shocking experience.

Then we have Uranus. Uranus of course, is our game changer. It's the counterpart to Neptune. While Neptune is dissolving in almost an invisible way, Uranus brings the new, very obvious like a thunder strike.

NEW | Peter Schoeber’s Quarterly Transit Forecast offers a 3-month look at the planetary forces at work, their conditioning influence, and how to be prepared for their impact on our lives and the world.
$37.00
DETAILS ADD TO CART

NEW | Peter Schoeber’s Quarterly Transit Forecast yearly package offers a 12-month look at the planetary forces at work, their conditioning influence, and how to be prepared for their impact on our lives and the world.
$127.00 $148.00
DETAILS ADD TO CART